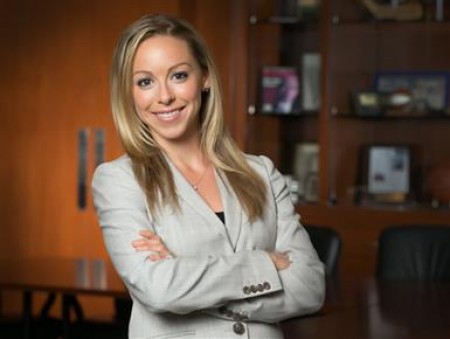 Emily Garnett is only slightly exaggerating when she says she “grew up on the steps of Krannert.”

A Centennial High grad, two-degree UI alum and Denver-based SEC attorney, Garnett was 9 when she landed her first starring (“hardly,” she jokes) role in “The King and I.”

“My fated singing ambitions eventually led me to more practical academic goals and Krannert became a safe haven from the vile and humming overhead lighting of the campus libraries and the just-too-noisy rumblings of the local coffee shops,” says Garnett (BA ’05/MA ’07, both in political science).

“I would study on the steps of the amphitheater when the weather was warm and in the café when it wasn’t. I listened to local and international performers play in the Grand Hall.

“And once, I dined on the steps in front of the Studio Theatre to celebrate my acceptance to the Civic Leadership Fellowship. It was fitting, therefore, that I would eventually walk across Krannert’s stage to receive two separate degrees in political science, the capstone of my campus memories.” 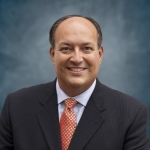