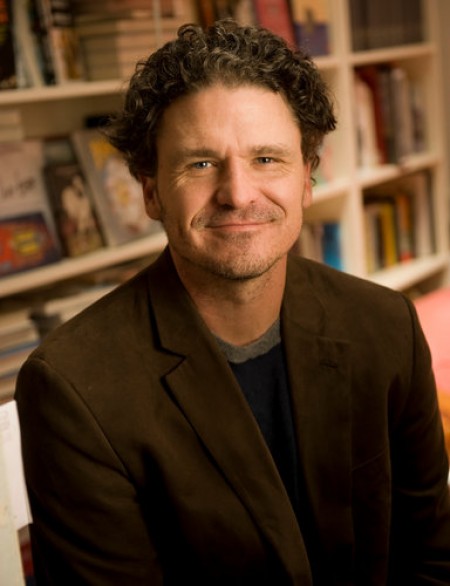 Long before Tom Hanks starred in the movie adaptations of two of his books, Time named him to its ‘100 most influential people’ list and the Smithsonian presented him with an American Ingenuity Award, Dave Eggers toyed around with photography.

“I started at The Daily Illini as a photographer, and the scale of the operation was incredible. We actually got paid — enough for me to buy all the music I needed at Rose Records — and the opportunities were ludicrous,” says Eggers, a 2001 Pulitzer finalist.

“Within a few weeks of being hired, the editors sent me to Assembly Hall to shoot the Flyin’ Illini. My job was to sit under the basket and try to get dunk shots. Honestly, that was all I did — every time Nick Anderson or Kenny Battle came in for a dunk, I tried to get it on film.

“I got paid to sit in the best seat in the house.