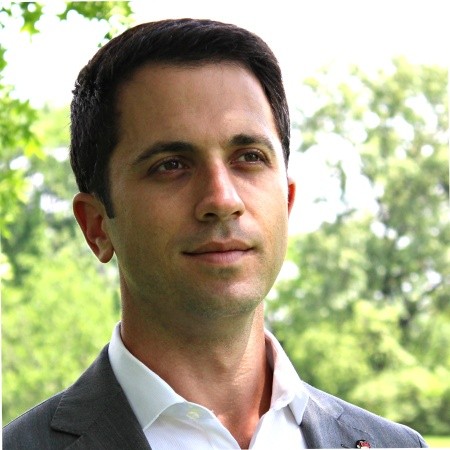 Dustin Canter's spot: "the floor at Assembly Hall during the massive defeat of Wake Forest during the 2004-05 basketball season.

“I fundraised for Orange Krush and used to paint my face for Illini games. Being a super fan was a blast.

“I’m running for mayor of D.C., which in its own way is kinda like being a super fan for your city. I was an out-of-state student at the U of I so the sports cheering teams was my way of socializing.

“It’s pretty amazing the amount of money that Orange Krush raises for its causes. I am super proud to call myself an alumni.

“We came oh so close that year in basketball. I traveled with the team and witnessed the Elite Eight victory over Arizona. It was heartbreaking in St. Louis losing 75-70 to UNC. Imagine if Brian Randle took off its redshirt at halftime of the championship game. Imagine.

“I’m back at home in D.C. but my college years will forever be remembered with a painted face, cheering on the team, and and on the floor at Assembly Hall.

"I saved the confetti that was once blasted into the air and spread across the floor after winning at Assembly Hall.  Knock on wood: I’ll become the mayor of D.C., and when I do, the confetti will have a place on my desk."