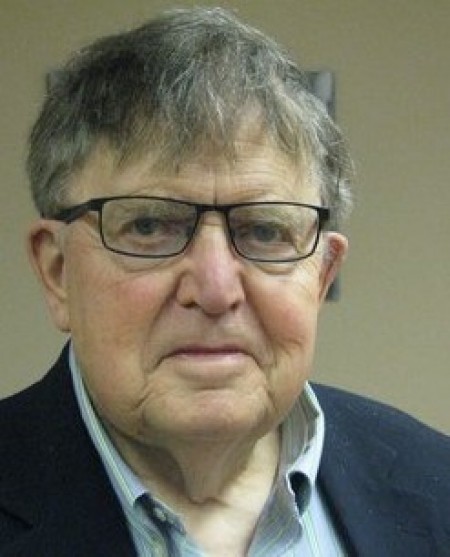 "I remember the Jesuit coffee house in the basement of Newman Hall that is kitty corner from the Armory — or was. It had great long common tables, hot coffee and a nice place to relax between classes and to meet persons.  Many a conversation I had there.

"A fellow grad student in history once or twice sat with me. He had had a job out of undergraduate school teaching in a high school in Illinois that paid well and enabled him to afford graduate school. Some of the things he had to teach were a bit unusual. For example, he had to teach that the Earth was flat, that man came from spit and clay and not a monkey, and so forth.

"I responded with a comment about our friends, the Jesuits, who defended the censure of Galileo by the Pope for saying the sun did not go round the earth. But they serve good coffee.

"I also remember the Spud Nut shop one block east of campus on a line from the Chemistry building. At 1 a.m. or so when I finished studying, the fresh hot potato flour doughnuts and coffee were the cat’s meow."