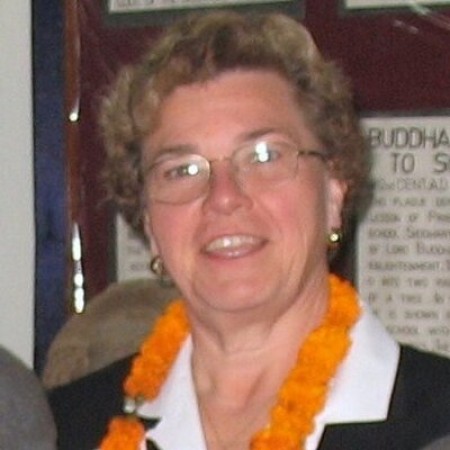 “I was in my first year in law school so I was studying every waking hour, it seemed,” says Greaves, whose two UI degrees — BS ’72/physical education; JD ’93/law — came 21 years apart.

“Two good friends from my undergraduate days at Illinois had football season tickets. They wanted to meet up for lunch, not fully appreciating the monastic life that comes in one’s first year in law school. They suggested DeLuxe. I’d never been there as an undergraduate so I was up for a new experience and decided to escape the law library for an hour or so.

“I walked in as they opened. Marilyn, the woman who ran roughshod over the place — and who I later learned worked for the Champaign County schools — greeted me, assessing that I was a newbie. She asked what I wanted to drink. Naively, I asked for decaf coffee. Marilyn responded in her gruff voice: ‘Lady, this is a bar.’

“She went on to explain that they only made caffeinated coffee at closing to sober up the drunks.

“I took a seat amidst the pool tables. DeLuxe was not a fancy place. When my friends arrived, they oriented me to the religious experience that was the DeLuxe fish sandwich, served only on Fridays and Saturdays. I was told I must have one.

“That sandwich was worthy of its reputation, so soaked with grease any bread on which it was served disintegrated before you could finish eating it.

“As it happened, I returned more than once during my years in law school and afterwards. I introduced law school classmates to the place.

“And one Friday night, when some friends and I planned to watch men’s basketball conference tournament games, we decided we needed sandwiches from DeLuxe to start. I offered to get a takeout order. The place was packed and Marilyn came right up to me to tell me they were out of fish sandwiches.

“I asked how they could be out on a Friday night. She rolled her eyes but then asked how many I wanted and made sure my order was filled.”