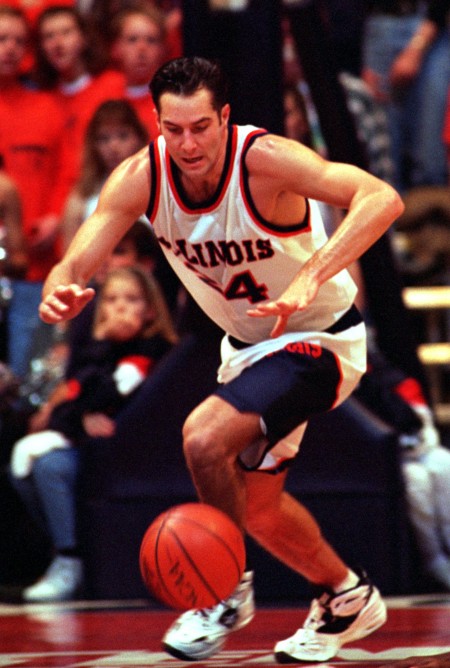 Something you might not know about the sweet-shooting guard who chose Lou Henson and Illinois over Coach K and Duke: Snakes give Richard Keene a serious case of the heebie-jeebies — as his college roommates discovered.

“My sophomore year, myself, Josh Klimek, Brian McClure and Tom Sinak from the baseball team lived at the Round Balconies apartments on South Second Street, near campus," Keene recalls.

"It was a great spot — close to everything and just a couple minutes from the Assembly Hall.

“The only issue: McClure had a pet python that lived in a large aquarium. When the baseball team was on a road trip, I would stack anything heavy on the aquarium to keep it from escaping.

Bob Asmussen from 2013: Whatever happened to ... Richard Keene?
Jeff Huth from 2002: Keene´s return a happy one