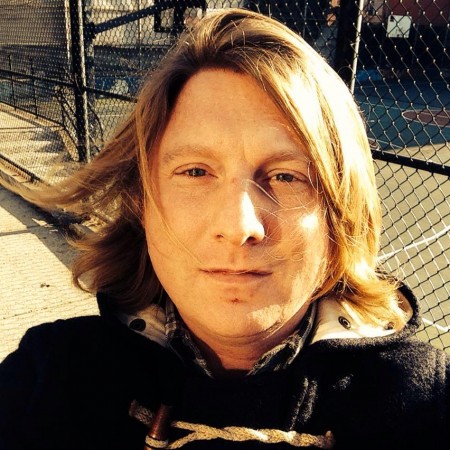 Little did Jason Adams know at the time where his part-time gig writing about music for The Daily Illini would ultimately take him.

"Writing for it was pretty much just an extension of my social circle," he says. "We played in bands. We went to see bands. We wrote about bands. Years later, I’d find myself the executive editor of pop culture bible Entertainment Weekly.

"I was just looking at an article I wrote for the Daily Illini in 1994 about a post-punk band called Trenchmouth, who were in town to play at Treno’s, and for which I interviewed the sarcastic drummer. The band, like most — including my own — didn’t really go anywhere. But nearly a decade later, just as I was starting my tenure at Entertainment Weekly, I’d find us featuring a new breakout character on 'Saturday Night Live' — Fericito, another wisecracking drummer, played by Fred Armisen. That guy from Trenchmouth.

"But the truly savvy career move I didn’t even know I was making at the time happened late one night at the Daily Illini offices that same year. Procrastinating the writing and filing of my story—perhaps on Trenchmouth! — I started rifling through the desk of my editor, Rod O’Connor, who is now a writer living in Chicago. It was piled high with album promos and other cool swag I didn’t personally get. I came across a press kit from a startup magazine based out in San Francisco called Might; one of the editors had also passed through the Daily Illini offices a few years before, and was sending word for any possible contributors.

"I took his business card, never having been to nor ever intending to be in San Francisco, and put it in my wallet. A year later, I found myself living in San Francisco, having a pretty bleak go of things professionally. I pulled out the card, and called the editor. He had me come in for a meeting, and I started contributing to Might magazine — for free.

"A couple years later, I would follow him to New York and to another startup, ESPN The Magazine. That pilfered business card led to a career, and I’ve written for numerous publications since, from Food & Wine to Esquire.

"Oh, and that editor from Might who gave me my start didn’t do too poorly either. You may have heard the name Dave Eggers?”