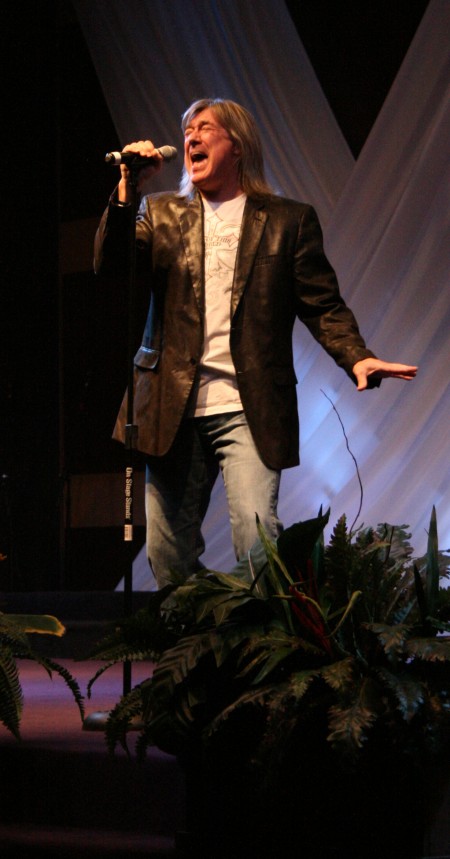 John Schlitt could have been a civil engineer — and has the hard-earned UI degree to prove it.

But then, what's the fun in that?

“I was really a musician at heart," says the Lincoln-born front man for the rock band Head East. "All through college, my focus was more on music instead of school — and it showed.

"But I did graduate with my degree.

"I recall the Brown Jug, the Red Lion — both attending as a patron, enjoying the bands that played there, and playing there myself.

"We, Head East, played the whole album 'Flat as a Pancake' at the Brown Jug — to see what the audience liked — and didn’t like, and adjusted the music accordingly before we recorded it.”

A few years after leaving Head East, Schlitt emmarked on a new music adventure that wound up landing him in the Gospel Music Hall of Fame. From 1986 to 2005, he was the lead singer for the Christian rock band Petra, winning four Grammys and multiple Dove awards along the way.