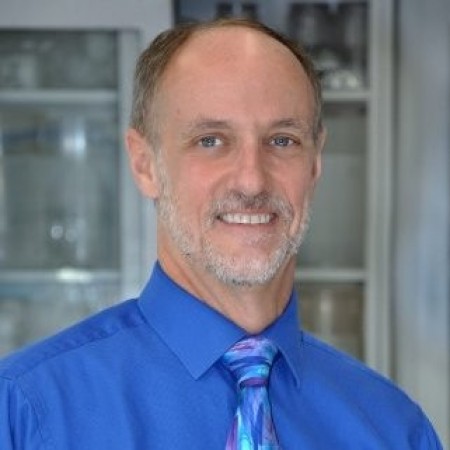 Dept. of Pediatrics | Baylor College of Medicine | Class of 1978

And then things got interesting for the smalltown southern Illinois boy with the former Illini band member for a father.

McAtee takes it from the top:

“During the summer between seventh and eighth grade, I grew significantly, became quite a bit stronger and started to have payback with people who’d done me wrong,” says McAtee (BS ’78, microbiology and bioengineering). “This carried over to eighth-grade classrooms, where I wasn’t afraid to take down any nemesis, right then and there.

“It so happened that someone popped off to me in music class — yes, music — and I ended up having to stay after school for my behavior.

“On the wall was a poster for Illinois Summer Youth Music. My father played in the UI band under (A.A.) Harding and I wondered if he might know some of the conductors so I asked the teacher whether I could take the poster home and she agreed.

“Now, my father was most concerned about my school antics — except in the area of music, where I was approaching his level on the trumpet. So Dad actually knew several of the people on the poster and that night called Haskell Sexton, professor of trumpet at the UI, and asked if there was any way I could get in after the deadline. So we got a tape recorder, got the audition music and it was dispatched by special delivery to the UI.

“I started at Illinois Summer Youth Music in 1968. We stayed and practiced at Allen Hall and walked to what was known at the time as University Band Building. I was stunned by the facilities and the commitment of the faculty and staff.

“But I was also on a footing that was wide open — no preconceived social cliques or smalltown baggage. I met people that I still communicate with today. We were playing quality music in a fun and team-inspired environment. And of course, every section had to have their own T shirts. And in the midst of this, I decided that I wanted to leave my past behind and eventually attend UI, and of course, play in the UI band.

“A few years later — after four more summers of ISYM — I was student at UI and a member of the UI bands. I particularly enjoyed the summer band and made many good friends and took lessons from Haskell Sexton at one point. I remember well Everett Kissinger and spelling ‘What’s the matter, ya stupid’ for him on his birthday while he was raving away in the tower wondering what we were doing.

“I previously had the pleasure of playing for Mark Hindsley at All-State one year and generally reconnected with many people my father knew from many moons ago. I guess I’m one of the few people who could say that they had played for William Revelli — an Illinois-Michigan football game; we’ll skip the score — and Harry Begian in the same year.

“Years went by and my parents both passed away. I left the UI and eventually took my doctorate from the University of Chicago Pritzker School of Medicine and left the Midwest. When I came back for my mother’s funeral in 2003, I had a day or so with nothing to do and no real close friends or family left, so I drove to Champaign-Urbana. The UI campus had changed very much and I went to visit some of my old haunts.

“However, I instinctively parked the car and decided to check out Allen Hall and then make the walk to the band building. A lot of memories but even better, an ISYM rehearsal was going on in the building and I felt the need to sit in and listen.

“I really wanted to tell the kids that they should savor the moment. The quiet hush and warm summer weather on a tree-lined, leafy street that culminated in beautiful harmony in a building that held so much history and fun memories for my family.

“While not a UI band member, one of my daughters went on to become the president of the Texas Longhorn Band. My father would have loved it.

"Like me, she didn’t end with a career in music but is now a third-year medical student,” says the proud dad, who now works at the Baylor College of Medicine, where he’s involved in cutting-edge drug discovery and vaccine development.