You're not likely to find it on any Most Romantic Spots on Campus map. But for Julie Rodrigues Widholm, the C-U eatery where she found Mr. Right in the '90s is one she’ll never forget.

”The most important place for me on campus might be the cafeteria in Weston Hall, where I met my now husband — Timothy Widholm, a Champaign townie — freshman year,” she writes from Chicago.

“We dated through college and enjoyed many fun nights with friends at Murphy’s, C-Street, Blind Pig, Mabel’s and Gypsy’s. We were in Starcourse together and had a blast working on so many amazing concerts at Foellinger Hall, including Weezer, Digable Planets and The Pharcyde. (“This was the mid-90s folks.”)

Twenty-plus years later, Widholm credits an internship under the direction of Diane Schumacher with helping her get where she is today — director and chief curator at the DePaul Art Museum.

“As an art history/political science double major, my time interning at Krannert Art Museum solidified that I wanted to work in museums and she was such a kind, generous and encouraging figure,” she says. “I spent a lot of time at Krannert Art Museum because I also had a part-time job at the Palette café, where I learned to make a pretty good latte.

“I was also incredibly inspired by a summer study abroad trip to Paris with professors Timothy Van Laar and Anne D. Hedeman. Seeing so many art museums in Paris and in the south of France absolutely affected my career path.

“I am so grateful for the many opportunities to explore and learn, both inside and outside of the classroom, that I had at the U of I.” 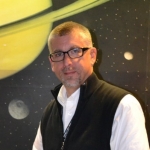 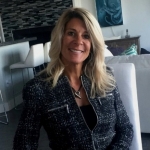 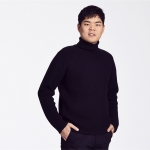