Ken Paulson came to campus in 1975 intent on getting a law degree — and he did. But it wasn’t long before he stumbled into the Daily Illini newsroom — “a ramshackle, overcrowded and disorderly place full of free spirits and talented young journalists” — and found a second career calling.

In 1997, he was named president of the First Amendment Center. Seven years after that, he was named editor-in-chief of USA Today, which in 1982 he helped start as one of the inaugural staff’s journalists.

“I’ve worked in seven different newsrooms, but the DI remains one of my favorites,” says Paulson, now the dean of the College of Media and Entertainment at Middle Tennessee State. “These were journalists who just happened to be students, and their collective attitude and ambition made this a very special place to be.

“They went on to careers at Newsweek, Reuters, USA Today and many of the nation’s most prominent newspapers and magazines. We still get together from time to time, and to a person we credit that funky newsroom with giving us exactly the start we needed.” 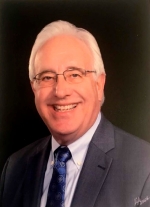