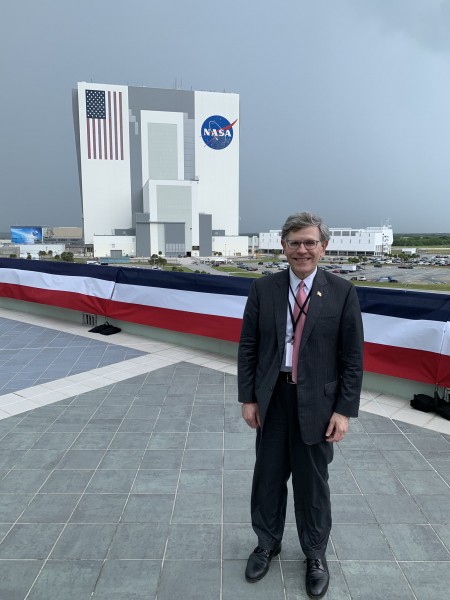 Long before he had Donald Trump for a boss, Kelvin Droegemeier reported to Robert Wilhelmson, esteemed professor of atmospheric sciences at the University of Illinois.

And, truth be told, he might not be where he is today — running the White House Office of Science and Technology Policy — if not for the quality time he spent studying under his master’s and Ph.D. advisor.

“Dr. Wilhelmson was an extraordinary mentor who afforded me opportunities to work on writing grant proposals, and other important activities such as the concept and proposal that led to the creation of NCSA,” Droegemeier says.

“He also has very strong morals and taught me how to utilize them in research.”

When Droegemeier needed a break from his studies in the late '70s and early '80s, the two-degree grad could usually be found at one of three places.

“Without hesitation, Papa Del’s was my favorite eatery,” he says. “Treno’s also was a favorite hangout for graduate students — cold Old Style beer, great brownies and free popcorn, all consumed together — and Panama Reds, featuring Pork and the Havana Ducks, was a favorite until it closed a year or two after I arrived on campus.”