Introducing the lone alum featured here who got her start on The News-Gazette’s sports copy desk — though that short stint during her Daily Illini days hardly wound up being Mary Jo Meisner’s career highlight.

“I came to the U of I in September 1970, part of the largest class of freshmen ever to enter the university — the height of the Baby Boomers generation,” Meisner says. “I was originally rejected — despite my stellar academic credentials — as a result of the ill-fated lottery that the university attempted to put in effect that year to deal with a huge number of qualified applicants.

“I lost the lottery, as did several of my friends from Nazareth Academy in LaGrange Park. So we went on a last-minute multi-day tour of other college and universities in Illinois — a band of smart but unlucky kids looking for an academic institution that would take us in at the last minute.

“Fortunately, a group of rejected applicants and their parents filed an emergency class-action suit against the state and University, claiming the lottery was illegal. They won and our little band of Nazareth rejects returned from their car trip to my parents standing in my driveway, waving a letter from U of I accepting me into the class of 1974.

“My dorm assignment was Allen Hall but because I — along with a slew of others — were accepted so late, we had no actual room. So my first memory of the U of I was living in a makeshift dorm room fashioned out of the study hall on the first floor of Allen Hall, along with several other refugees. I eventually got an actual room, but I’ll never forget that introduction to campus living.”

Among her other favorite campus memories:

— The Quad. “During those years — 1970-1974 — the Quad was not only the town square of the university, it was — or seemed to me to be — the hub of student protest against the war in Vietnam and all other kinds of social unrest and discontent. I vividly remember hanging out on the Quad, studying on the lawn, and having a front-row seat to any number of spontaneous walks, protests, streaking incidents and other forms of civic engagement. Pretty heady and sometimes scary stuff, but certainly right up the alley of a future journalist.”

— Gregory Hall. “I would be remiss not to mention Gregory Hall, where I spent most of my time during my junior and senior years — and my graduate school year as well. At that time, it was somewhat cramped and a little down at the heels, but to me it was a revered and wonderful old building that became my launching pad for a beloved career in newspaper journalism. I had some great teachers and great classes in those classrooms and I have fond, but somewhat foggy memories, of those halls.”

— Treno’s. “During my early years, I especially remember spending a lot of time at Treno’s in Urbana since I lived on that end of campus my freshman year. It had great pizza and an iconic building as I remember. I was an usher during theatrical events at Krannert Center — a good way to see plays for free — and remember hitting Treno’s afterwards.”

— The bars. “After I moved to the Champaign side of campus my sophomore and junior years, I remember spending a lot of time at the White Horse Inn and especially Murphy’s Pub. I loved that dark, kind of grungy, bar where lots of journalism students hung out along with the rugby team. Not sure the connection between the two but while I was on campus, there were lots of both groups having pitchers of beer there.”

— The sports scene. “I enjoyed football games in Memorial Stadium — despite how bad we were at that time; basketball games at Assembly Hall — with Nick Weatherspoon actually making us look respectable; and playing golf on the little nine-hole course on the far side of campus in Urbana.” 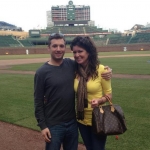 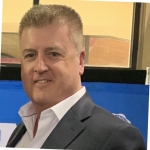