Once upon a time, before Mei-Mei Chan Kirk "fretted over calories and fat content and before our bodies started succumbing to gravity,” there was Papa Del's pizza.

“At all hours, but especially the middle of the night during finals week,” says the retired media executive, who started her journalism career as a USA Today reporter and ended it as Gannett’s Florida regional president. “Just thinking of that gooey, doughy, greasy concoction makes me smile, as does recalling a buddy inhaling whole pieces without chewing.”

Close behind on her college cravings list: “Dutch Babies at the Original Pancake House. After yet another all-nighter, they were the perfect luscious reward: gigantic, but oh so light and fluffy. They still are one of my favorite treats.

“We worked up our appetites playing volleyball at IMPE every chance we could. What fun we had in quick sets, diving saves and wicked serves, our shoes squeaking to and fro on the hardwood, our passionate shouts resounding in that big gym, our pungent sweat saturating the air.

“My first real Christmas tree was in the dorm at Weston Hall in 1977,” says Kirk, whose family moved from China to Chicago when she was 7. “Being an immigrant, we learned holiday traditions from relatives. My aunt and uncle, who sponsored us to America, had a fake white tree that was mounted each year.

“I thought it was the epitome of style. But 10 years later, my roommate — Sue (Woodier) Lottes — introduced me to the wondrous magic of a fresh-cut tree, adorned with strung popcorn and handmade ornaments. I’ve had a real tree ever since.” 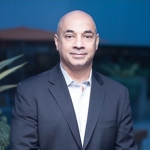 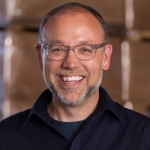