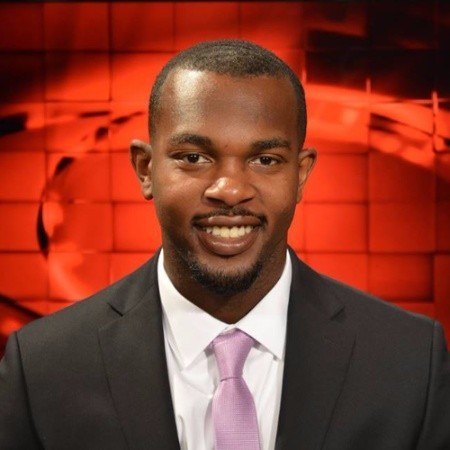 After four years, two bowl trips and 55 tackles, Ralph Cooper Jr. traded in his mouthpiece for a microphone.

The 2015 broadcast journalism grad now reports on games instead of playing in them, as the ex-linebacker did in the place that remains his favorite on the UI campus.

“When I think of U of I, it’s hard to not think of the place where I spent most of my time and that’s Memorial Stadium,” says the 2015 broadcast journalism grad, now sports director at KFDA TV in Amarillo, Texas.

“It was the first building I walked into as a freshman student-athlete and it was the last building I said goodbye to as a graduating senior.

“Memorial Stadium will always have a special place in my heart not just because I played football there but because it was the place where I transitioned from a boy to a man, whether it was suffering in the summer heat during workouts, playing games in the fall or freezing in the winter.

“I learned a lot about myself and made some lifelong bonds. There’s no way to express the love I have for that place and I’ll be forever indebted to all it’s taught me.”