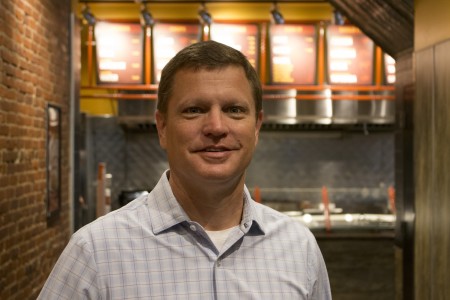 Rodney Anderson left town in 1990, bachelor’s of finance degree in hand, but his legacy lives on in C-U.

He’s the foodie who 25 years ago, after adding an MBA from the University of Chicago, launched a pair of Tex Mex restaurants near Big Ten campuses — one in Iowa City, one in East Lansing, Mich.

These days, Pancheros Mexican Grill has ballooned to 71 locations in 14 states, with one each in Champaign and Urbana.

And he couldn’t have done it without Alpha Tau Omega, where he says he developed his business sense while serving as rush chair, then social chair, then house president.

“ATO taught me so much about how to connect and collaborate with others,” Anderson says. “Those learnings still play a major role in what we do today in the restaurant business.”