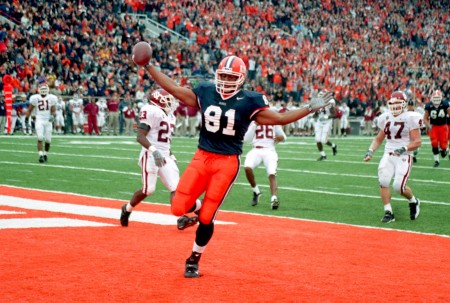 Of all the people he encountered during his four years at Illinois — the coaches, the teammates, the professors, the fans — Anthony McClellan only came across one Arnie Yarber.

And only one Po’ Boys — the favorite spot for the Illini tight end and landscape architecture alum.

“It was a small place run, by a guy named Arnie Yarber. The food was good, the scale was perfect, and there was a lot of history in those walls,” McClellan (’04) says from Chattanooga, where he’s regional facilities manager for CBRE.

“I never met a person more supportive of the institution and its mission than Arnie," echoing the sentiments of Illini Athletics Hall of Famer Dave Downey, among others.