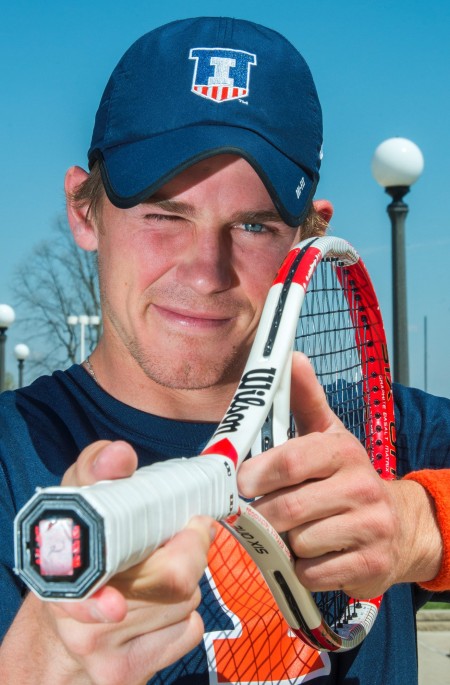 An ode to Atkins Tennis Center, from one of its regulars (and practically residents) from 2012-15 ...

“It’s hard to put into words how special the building truly is to me,” says 2014 All-American and three-time Academic All-Big Ten pick Ross Guignon, who earned his bachelor’s in business administration/management in 2015 and added a master’s in sport management a year later.

“The rollercoaster of emotions I experienced in that building is something that will stay with me forever. The emotional highs of winning matches in front of hundreds to thousands of fans such as the Big Ten championship match in 2015, to the gut-wrenching lows of losing those same types of matches through the years, and all of the training in between, made for both some of the greatest memories and greatest lessons I’ve learned through my life that I will carry with me forever.

“Even outside of the competitive tennis matches played in the building, the Atkins Tennis Center was truly a home away from home for many of my teammates and I. Hundreds of naps were taken on the upstairs couch, countless hours of NFL Sunday football watched in the locker room, and a handful of first dates of playing tennis with girls on the indoor courts were all a part of our experience at both Atkins and Illinois for my teammates and I.

“We laughed our loudest in Atkins, we cried our hardest in Atkins and we honestly transformed from boys to men thanks to the incredible experiences and lessons that that building brought us. The big steel box that once sat virtually alone in a field just south of Kirby Avenue 15 or so years ago has changed so many lives inside of it — including my own — as the years have gone by and the number of fellow Fighting Illini sports complexes being built around it continue to grow.