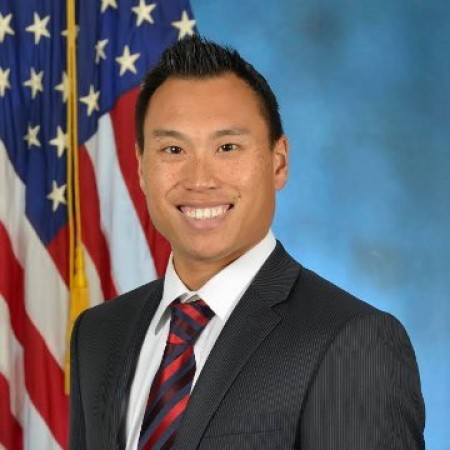 In Chris Lung’s day, it was tradition for Yoshi Hayasaki’s Illini gymnasts to bow in front of the 1989 NCAA championship banner on their way in and out of Kenney Gym.

And in doing so, Lung says, dreaming of one day hanging up a banner of their own.

“When I bowed entering the gym, it signified that I was going to forget about all of the distractions outside of the gym and focus on our goal of winning a national championship. When I bowed as I exited the gym, I made sure that before I left I did everything I could to achieve that goal,” says the former Illini All-American (’09), now a contracting officer for the U.S. Department of Defense.

“Unfortunately, we came up only a couple of tenths short of that goal my freshman year, finishing in second place at the 2006 NCAA Championships, but we were able to pull off an epic comeback to win the 2009 Big Ten championship my senior year.

“Kenney Gym wasn’t the nicest gym in the country but I will never forget the amount of energy that was created by a team of 20 all striving for the same goal and all of the blood, sweat and tears that occurred in that old building.”