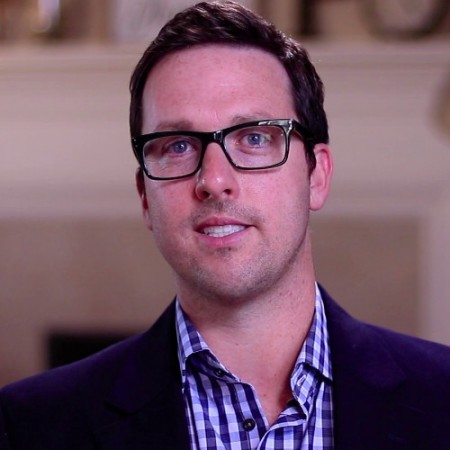 Talk about crummy timing: After serving their country with distinction, retired U.S. Amy officers Chris Petersen and Dave Chonowski enrolled in the Gies College of Business’ MBA program to prepare for the next chapter of their careers.

“We were attending the full-time MBA (program) right smack dab in the midst of the Great Recession,” Petersen says from Cincinnati. “The MBA job market had absolutely bottomed out and in the fall of 2008, it looked like we were all going to graduate without jobs.

“Not to be deterred, I came up with an idea: If employers weren’t going to come to campus, I was going to bring them to me in a different way — so, I created my own hiring conference. Unlike normal events, this one was going to connect companies with military veterans who were enrolled at the top-ranked MBA programs in the U.S.

“It was a great idea, but none of my classmates wanted to help me get it off the ground — except for Dave, who I didn’t know well at the time. We found some early success; after we were featured in the Wall Street Journal, the company started to take off. What started as a simple little event company grew into one of the country’s premier diversity recruiting and tech companies — eventually, we created some software, too.

“In 2018, the company was acquired by one of the country’s leading executive search firms and it changed our lives in amazing ways. Dave and I are still business partners and we just launched Futurexecs, a career and network accelerator, and I couldn’t be happier to be working together with him again.

“The other person who had a profound effect on me while I was at Illinois was Ron Watkins. He was an assistant dean in the College of Business — also a former U.S. Army officer — and he had experience as an entrepreneur running his own logistics startup.

“At the time, there weren’t many on-campus resources for students looking to launch startups, so we found both his advice and enduring support to be invaluable to us personally and as founders, both while we were in school and still to this day.

“In fact, one of the reasons that I took a position as an adjunct professor teaching Lean Startup and Entrepreneurship at the University of Cincinnati was because I wanted to continue to ‘pay forward’ all the assistance he gave us over the years.”