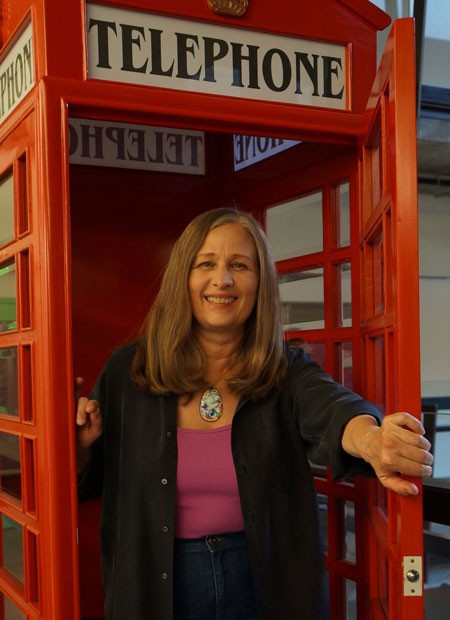 The places that had a powerful effect on Christy Marx during her one-year stay in C-U:

— "The underground library, which left me with a lifelong fascination for underground structures. I loved looking up at the sky from the open courtyard with books all around me."

— "Allerton Park, which was the most magical place on earth, a fantasy in the midst of corn fields, with its astounding bronze sculptures, sunken gardens, and blue porcelain Fu Dogs with buzzing beehives in their heads.

— "The Assembly Hall, where I saw Simon and Garfunkel, whose music had a profound influence on me."

— "Green Street. I’ll never forget running for my life from armed National Guard during an anti-war protest. I ducked into a pizza parlor and hid in the kitchen, where a friend of mine worked.

"This was right after the Kent State shootings, so the fear was real."