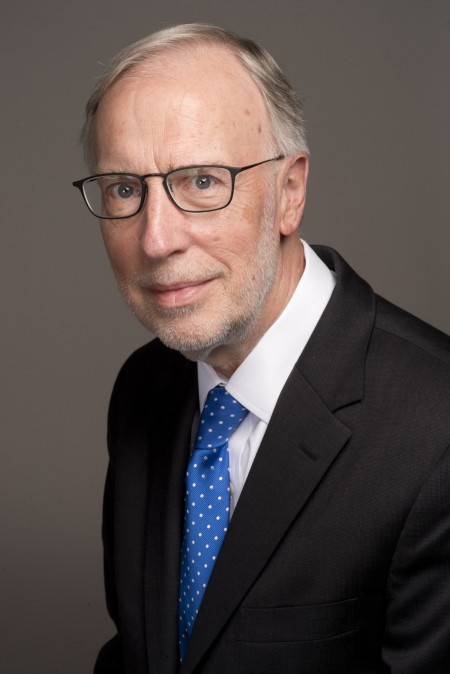 The Daily Illini’s editor-in-chief the year the UI turned 100 met his wife at — where else — the basement of Illini Hall, then home to the student newspaper.

“We’ve been together ever since,” says Dan Balz (BS, MS ’72, journalism), who can still recall in detail the layout of that newsroom, which looks nothing like today's.

“The facilities were hardly glamorous. We worked at battered desks on rather aging typewriters — no computers in those days — and edited the stories with pencils. If we needed to ‘cut and paste’ to rearrange a story, we did it literally with scissors and paste pots.

“The composing room was in the back and the compositors were strict about enforcing union rules. No one from the newsroom was allowed to touch the type. If you did, you risked getting a smack on the hand with a tool used to measure the type.

"But we loved it all. For us, it was home away from home and a place where lasting friendships were formed.

“We worked late on many nights producing the paper and when we were finished, a small group of us often went out to Uncle John’s Pancake House for coffee and conversation.

“The folks at Uncle John’s were incredibly accommodating,” notes Balz, who has covered politics at The Washington Post since 1978. “We could sit and talk into the wee hours for the price of a few cups of coffee — then at prices far lower than your typical latte of today.”