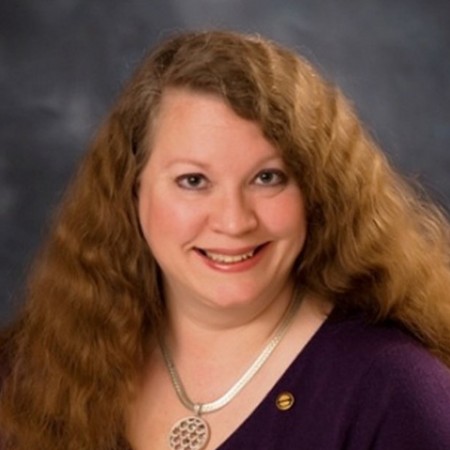 Seven years, two diplomas and one teaching stint later, Lori Garrett’s list of difference-making UI faculty members is as long as her CV.

Here’s the abridged version, headlined by three professors who helped steer the Parkland College professor (BS ’82, biology/biological sciences) toward a rewarding career in the education business:

1. “Dr. George Kieffer, who taught perhaps my favorite class — Bioethics. I am an introvert, but even I was coaxed out of my shell to speak passionately during his class about topics that I had not even realized mattered to me. The class was always a safe place in which all opinions were welcomed and valued, and we learned the art of civil debate and disagreement.

“Each of us had our own beliefs challenged on multiple occasions. I learned the importance of not only being respectful of, but also informed by, other perspectives.

“A humorous highlight came after a fairly extensive multi-class discussion about animal rights, when a classmate arrived dressed head-to-toe as a sunflower, proclaiming that it was time someone advocated for plant rights as well. Unfortunately, with heavy rains that day, the mops he strapped around his ankles as roots had sopped up lots of water as he trekked to class, and they started shedding it during class — at first a slow trickle, building to an impressive stream and leaving a bit of a flood.

“Not at all angry, Dr. Kieffer asked the student to stand and deliver his case for plant rights. Dr. Kieffer gently coaxed our minds to visit new places and we all gained broader perspectives from that course. Sadly, decades later, I find myself wondering: Whatever happened to ethics and civility in our society?”

2. “Dr. C. Roland Leeson, who was my boss when I taught the cadaver lab portion of Human Anatomy at the U of I College of Medicine in Urbana. His dry, wicked British sense of humor was not always understood or appreciated by our students, but I adored it.

“This was my first teaching gig. After a lab exam that several students failed, I tutored them intensely, as a group and individually, and was heartbroken when some still did not pass a retake. He summoned me to his office, let me spill my guts and listened patiently as I whined that if I were a good enough teacher I should be able to get them all through.

“When I paused to finally take a breath, he calmly said, ‘I’m going to tell you the most important thing you need to know about teaching.’

“I was eager — I mean, this brilliant man was an MD, Ph.D., British Royal Academy of Surgeons. Teach me, oh wise one.

“And then he told me what I must always remember as a teacher: ‘You can’t save them all.’

“Once I wore myself down, he finished the statement: ‘Nor should you.’ Then he reminded me — we were training doctors who would be responsible for people’s lives. Not all of them would or should become doctors. Then he put it in terms I recognized immediately — you can lead a horse to water but you can’t make it drink.

“That brief conversation was transformational. That’s when I realized that as an educator I am obligated to do my best to help my students understand course content, but they also need to bring a certain hunger, or at least curiosity, and a willingness to do their part as well.

“And I knew then that I need to teach more than content. I need to teach accountability, relevancy and the importance of mastery. I need to believe in my students until they believe in themselves, and then step out of their way. And I’m a better teacher because of that conversation.”

3. “My undergrad Rhetoric TA. I placed out of rhetoric but decided to take it for fun and I hit the jackpot. My TA was this tall, lanky guy with a delightfully deep, calm voice, a charming giggle and an easy manner, with whom I became good friends — we maintained that friendship for many years.

“As an Urbana townie all my life, I hated the assignment. Champoobananaland — it’s a local thing — certainly is not Chicago or St. Louis, but it’s also not as small or rural as most other central Illinois cities. Not sure what to do, I wrote from my dog’s perspective — Muttley P. Fruitworth Garrett, a puggle, had been a stray who found me and transitioned from living on the streets to living the high life of an indoor pampered pooch, so I told her story.

“My TA was quite impressed and told me that, in the future, if I didn’t like his assignments, just write anything, but just promise to keep writing, and I have.

“That TA was a grad student named Richard Powers — a novel-writing MacArthur Fellow, National Book Award, and most recently Pulitzer Prize for Fiction recipient. To this day, his belief in my writing means the world to me and I treasure the hours of conversations we shared and listening to him play cello.”