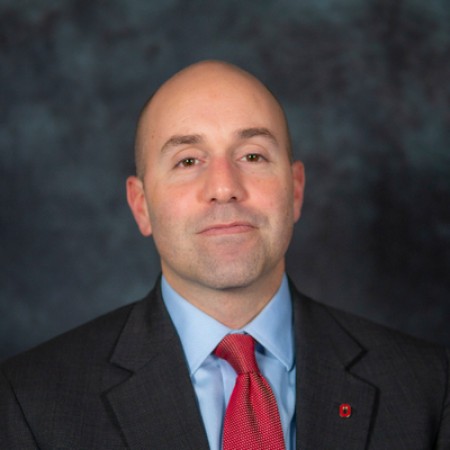 “Dig deeper, write more, be open to the whole process and life’s experiences. They are lessons I keep with me to this day,” Caterinicchia (MS ’05, journalism) says from Columbus, where he’s the assistant vice president for strategy and administration in Ohio State’s Office of Advancement.

Caterinicchia’s stay in C-U was a short one but learning under Fountain went a long way in his career, which included stops at Federal Computer Week (senior reporter on the Defense Department beat), The Washington Times (business writer) and The Associated Press (business writer/editor).

“I’ve been a professional communicator for 20 years now, and John remains a mentor to this day,” Caterinicchia says. “His career as a journalist is what I aspired to: a national writer for The Washington Post and The New York Times.

“A published author, he had written a memoir that I devoured and still return to from time to time. As a master’s student, he helped me write my own memoir, and while it was never published as a book, pieces of it were published by the AP as a five-part series. I later went on to work for the AP full-time and to teach at The Ohio State University.”