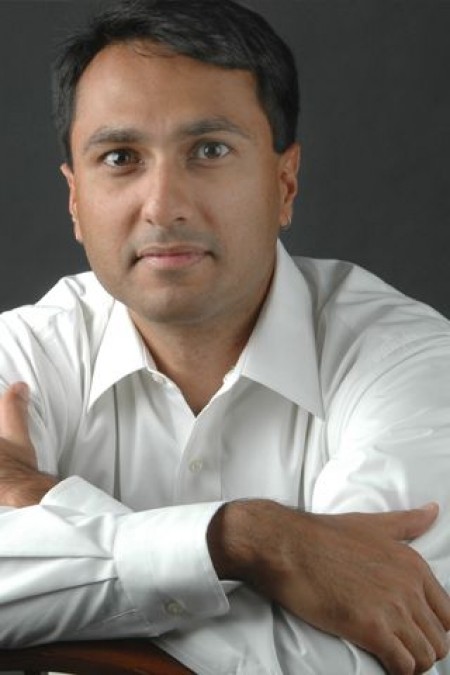 “Neil Young sings about a town in North Ontario that had 'dream comfort memory to spare.' He continues: 'And in my mind I still need a place to go. All my changes were there.'

"That describes how I feel about Unit One/Allen Hall, the original Living Learning Center at the University of Illinois" says the Rhodes Scholar, who earned his bachelor's degree in sociology.

"I arrived in Urbana in 1993,  a scrawny Indian-American kid from the suburbs of Chicago just hoping to do well in class and fit in socially. At Unit One, I found myself ringside for conversations on identity, diversity, social justice and politics — issues I hadn’t even considered up until that point, and certainly never dreamed I could have an impact on.

"I remember one of the student leaders at Unit One, Jeff Pinzino, saying to me when I was a freshman that the most important thing to be learned in college was how to make an idea reality. I remember Unit One’s legendary director, Howie Schein, handing me an article from the 'Atlantic Monthly' on Muhammad Yunus and the Grameen Bank, and encouraging me to follow in Yunus’ footsteps and become a social entrepreneur by developing and implementing my own creative social action projects.

"I hope that’s what I’ve done by building a nonprofit organization called Interfaith Youth Core. Our work focuses on developing interfaith cooperation on college campuses across the country. As founder and prresident, I visit about 25 campuses per  year.

"I’m constantly trying to recreate a touch of what I experienced at Unit One, and through that give back just a little of all the wonder I got."