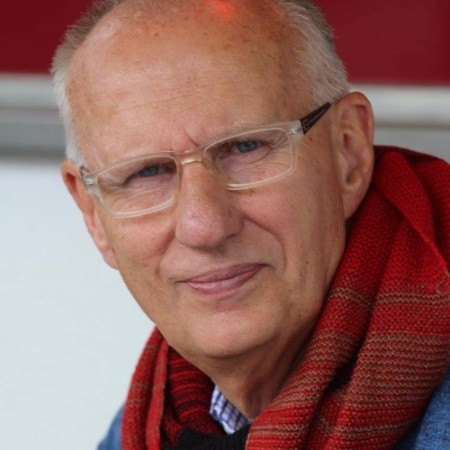 It was the spring of 1970, when many American attitudes about the Vietnam War had shifted, especially on college campuses.

Kent Politsch, who’d soon graduate from the UI with a radio/TV communications degree, was working part-time for Channel 15 as a studio and news cameraman.

“I also volunteered to be a protest marshal on campus during very turbulent Vietnam War and civil rights protests,” says the USDA Farm Service Agency’s former chief of public affairs. “The Quad was packed with student, faculty and resident protesters. Bodies covered the grass from the steps of the domed auditorium to Illini Union. The auditorium steps were covered with a stage, lights, audio equipment and speakers. Crews from the television networks were set up to film the event.”

And then this happened:

“A paper version of a large American flag burst into flames 20 feet from where I stood with my 16mm film camera and lights. I didn’t need my lights. Police and Illinois National Guardsmen moved in. After speakers aroused the crowd even further, the final demand was a march to Memorial Stadium, where bus loads of students and even visiting grandmothers had been hauled earlier in the week.

“The National Guard had driven the buses onto the Quad and loaded everyone in sight. They had set up cots in the caverns of the stadium to detain curfew violators. As the crowd began to move, I ran to the front, where I positioned myself near the bend of Armory and Wright streets. I stood in front of Newman Hall. Near me were the network camera crews — a cameraman, sound man and light man.

“As protest leaders passed by me, I turned on my light to begin filming the marchers. Looking through my parallel viewfinder, I saw projectiles flying my way and three or four shouting students charging in my direction. If it were not for a burly light man from one of the networks cutting them off and pushing them back into the crowd, I’m sure I would have lost the television station’s equipment and reported instead with only bruises to represent my efforts.

“When my bodyguard light man felt he had rescued me sufficiently, he turned to me and told me with some expletives to turn off my light. I complied, but had inadequate film for the 10 o’clock anchor’s story.

“There are far friendlier memories — on stage as Proteus in a theater department production of ‘Two Gentlemen of Verona’ in Lincoln Hall Theater; pitching during a freshman team baseball scrimmage — I was cut after that outing; singing and dancing in a Mother’s Weekend production of ‘Sweet Charity’ at the Assembly Hall to audiences of more than 3,000 students and parents.

“I loved being a student. I loved being involved in student life. I loved seeing my name on the Dean’s List. I loved that I graduated as a smalltown boy from Paw Paw attending my home state university that probably would not admit me today because of tougher standards.”