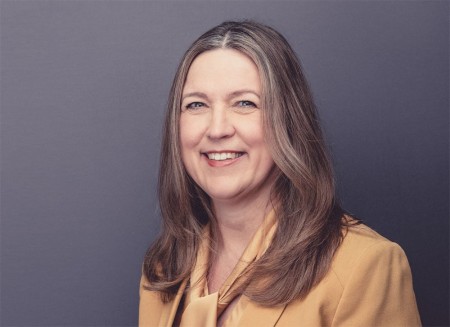 Little did Angela Sinickas realize at the time where a PR class with a faculty fill-in would one day lead.

It was the mid-'70s, long before she signed her first Fortune 500 client, started her own corporate communications consulting business or won the first of her 21 Gold Quill Awards from the International Association of Business Communicators.

"I was lucky enough to be taught by a number of inspirational College of Communications professors while a News-Editorial major — among them, Glen Hanson for typography/layout, John Schacht on magazine writing/editing and Cliff Christians on communication theory. Newsweek’s Hal Bruno even visited as a guest lecturer for an editing course.

“However, the professor who affected my career the most was one I was furious with at the time. I had enrolled in the single class the college offered in public relations, which is what I had intended to do with my degree after graduation. Because the PR expert was on sabbatical, advertising professor James Haefner stepped in as a replacement.

“Jim never bothered to develop a curriculum to teach PR since he was filling in for only a single semester. Instead, he unapologetically taught us about advertising research, one of his specialties.

“Fast-forward seven years when I was working at Chicago Tribune Company doing employee communication. A new CEO who came from an accounting background replaced the legendary journalist Clayton Kirkpatrick.

"I quickly realized the only way I could get him to buy into the strategic communication plan I had developed was to gather empirical data about what employees’ communication needs were and which current communications were and weren’t working well.

"The research I did at the Tribune led to an immediate promotion for me, and it eventually led to the niche consulting specialty I’ve been offering through my firm world-wide for the last 20 years, measuring the business impact of corporate communication.”

Communications wasn’t always the “How to Measure Your Communication Programs“ author’s career calling. Sinickas was two years into her Illini experience and living in Blaisdell Hall when she decided to switch gears.

“Blaisdell Hall will always be the heart of UIUC for me; because I changed majors halfway through, I didn’t form as many lasting friendships with classmates,” she says. “I chose to live in the dorm even as an upperclassman because of the great friends I’ve made and kept, and because of how accepting they were of whoever I happened to try out being that year.

“I began at UIUC studying foods and nutrition, where I stuck out like a sore thumb among all the demurely dressed and coiffed Home Ec majors in my ratty bell-bottoms and long, straight hair. By the time I switched to journalism, the spiritual home for my preferred fashion sense, I stuck out again because I had acquired a wardrobe and hairstyle suitable for my 20-hour-per-week job doing communication for the campus’ new School of Basic Medical Sciences.

"Though my dormmates teased me about channeling Mary Tyler Moore, they never judged.

“Other unforgettable experiences I would have missed but for the people I met through Blaisdell: being on the intercollegiate UI Dairy Products Evaluation team that took first place nationally in the ice cream category; being on the '$25,000 Pyramid' TV game show; volunteering for the Krannert Center Student Association as their newsletter editor; driving some type of three-story-high farming machine in Hoopeston; and having our intramural football team, the Blaisdell Bar Belles, being forced to forfeit a game — or maybe the rest of the season? — for foul language.”