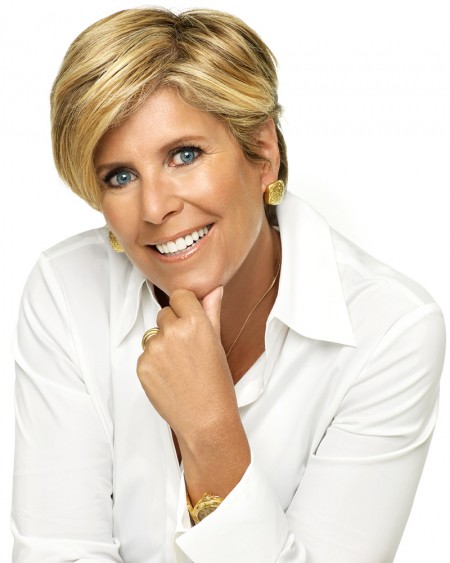 As famous as personal finance guru Suze Orman wound up being, it pales in comparison to her old college roommate’s slobbish future husband.

Among the places she called home during her four years at Illinois was 777 Springfield Avenue, “which was a one-bedroom apartment on the second floor,” she says. “I lived with Carole Morgan, Judy Jacklin and Judy’s boyfriend at the time (and future husband) — John Belushi.

Forty-one years after graduating with a degree in social work, many of Orman’s most vivid memories of campus revolve around living spaces. As the plaque outside Room 222 in Trelease Hall notes, the former CNBC show host lived there, too.

“What took most getting used to for me were the dorm bathrooms and showers in the Florida Avenue Residences,” she says. “My room was not far from the bathroom. For some reason, I got attached to always going into the same toilet and shower stall. They were mine, even though no one knew that but me.

“The problem was, when I went in, if there was someone else in my stall, I would not know what to do. I ended up just waiting until they finished, even though there were other empty toilets and or shower stalls I could have used.

“To avoid this from happening, I’d always get up early to be the first in there to use it. When I went back in 2009, I stopped by the FAR dorm to see my stall. Before I left, I used it one last time.

“Still felt that pride of ownership.”