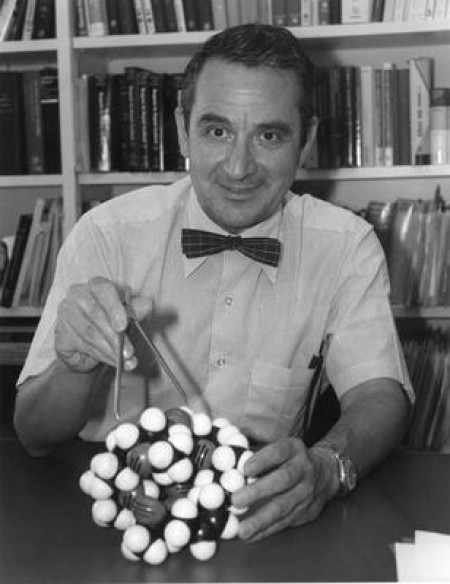 Across from Noyes Laboratory in the 1950s stood The Farwell, a coffee shop that became a favorite hangout for “the best chemistry faculty in the world,” says one of them, 1990 Nobel Prize winner E.J. Corey.

Now 88 and a professor emeritus at Harvard, the chemist credited with advancing the science of organic synthesis can still remember his old haunts six decades later — Wheat´s Steak House in Urbana (“where one could get a great filet mignon, shrimp cocktail and a good drink for less than $10,” he says) and Lombardi´s Spaghetti House in Champaign (“imagine a large pizza for $1.50.”).

Corey gave a shoutout to the UI in his Nobel acceptance speech, recalling how he arrived in C-U at age 22, just after finishing his doctoral work at MIT:

“I joined the University of Illinois at Urbana-Champaign as an instructor in chemistry under the distinguished chemists Roger Adams and Carl S. Marvel. I am forever grateful to them for giving me such a splendid opportunity, as well as for their help and friendship over many years.”