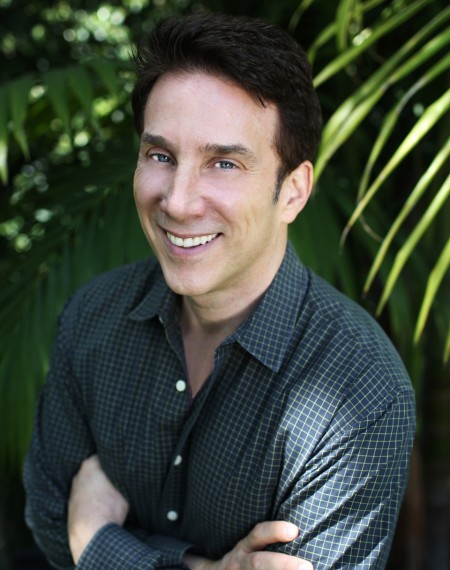 Even back during his college years, the former Illini who goes by “The Pitch Whisperer” was busy selling.

“As an advertising major, one of my favorite memories is selling ads for The Daily Illini newspaper,” says former Conde Nast executive John Livesay ('80), now a Los Angeles-based speaker/author. “I had to take the theory learned in my classes of what motivates people to take action from an ad and turn that theory into reality.

“One of my advertisers was Garcia’s Pizza, where I had to convince the owner, who was literally writing a check from his personal checking account for the ad, that not only was The Daily Illini the best targeted way to reach students who love Garcia’s Pizza, but that putting a coupon in the ad would allow us to track his investment in the ad.

“We had to have enough students see the ad — we created the headline and copy — use the coupon and generate enough revenue to not only cover the price of the ad, but give him a profit.  We succeeded and he ran many ads with me.

“Those early lessons served me well as I went on to have an award-winning sales career at Conde Nast, where I was the executive director of corporate sales for all 21 brands, where I was responsible for brands like Guess Jeans and Lexus’ multimillion-dollar media spends. While the dollar amounts are bigger than my days at The Daily Illini, the principles are the same, which are you must show an ROI for any advertising spend you sell.

“Today, I am known as ‘The Pitch Whisperer’ and give keynote talks to brands ranging from Coca-Cola to Anthem on Insurance on ‘Getting To Yes.’ One of the times I heard ‘yes’ from a pitch was selling an ad in The Daily Illini to Garcia’s Pizza, and the lessons learned from how to get that yes has served me well.”