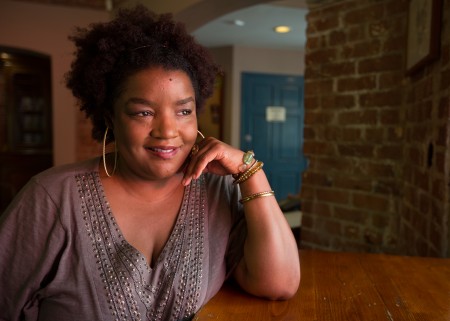 Through her campus theater connections, Felischa Marye learned of a spot in the basement of the Illini Union where “all the cool kids” supposedly hung out.

“It was informally called 'Down Under.' But with my hectic schedule, the only thing I was under was the roof of Krannert Center for the Performing Arts," says Marye, now an LA-based screenwriter.

"By junior year, I switched to the communications department to study broadcast journalism. That program wasn’t easy, but my classes were more spread out, and my evenings were freer. That year, I finally got a chance to discover firsthand this hub for social connection on campus in the '90s — this infamous Down Under.

“It was like a whole new world — a food court at a time when that was seen as fancy, all the popular black Greek-lettered fraternity and sorority members converging in full paraphernalia, other students of all races meeting with their cliques. It was like my social life as a college student started that junior year.

"Not until then did I finally feel a part of a community, with more time finally to appreciate it. I often wonder, if it wasn’t for Down Under, the Union, the Quad, would I still have made friends with the people I’m friends with today? Would I have such fond memories of my alma mater?

"I’m guessing that I’d have friends. I’d have memories. But Down Under certainly made that friend group larger and those memories fonder. And I’m certainly thankful to Down Under for that.”