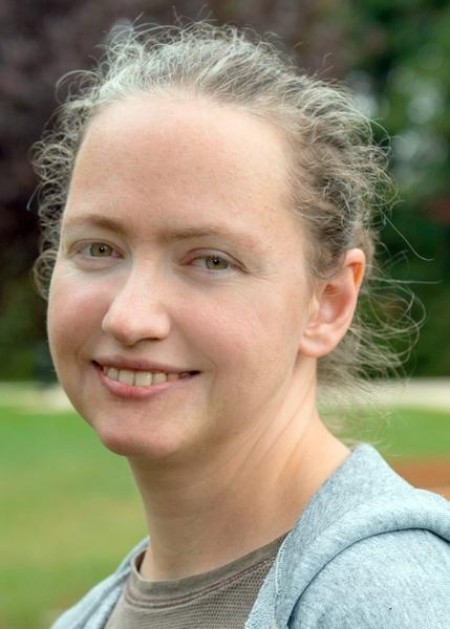 Future NASA astrophysicist Gala Wind and the two sisters she roomed with in the late-’90s were part of the “north of Green” science crowd.

Every other resident of Presby Hall that year identified as “south of Green.”

“We had so much fun at the expense of all the communications, fashion and marketing majors,” says Wind (BS ‘00, MS ‘02), now a research scientist at NASA’s Goddard Space Flight Center in Maryland. “The sisters were in LAS-Physics and I was in Engineering-Computer Science. The rest of the girls were scared of us.

“We had a door knocker on our door made out of old hard-drive platters, and our closet drawers had labels like ‘high voltage,’ ‘lasers,’ ‘acid,’ ‘radiation,’ ‘biohazard’ and all sorts of other delightful signs that one might decorate with.”

It was a different campus back then. As high-tech as two of Wind’s favorite hangouts were (Beckman Institute, Loomis Lab), she also logged countless hours in the “great computer-science dungeon,” as she remembers it.

“Many months were spent away from the light of day and the bustle of campus in that turducken of a building,” she says, “but in company of the best friends ever.”