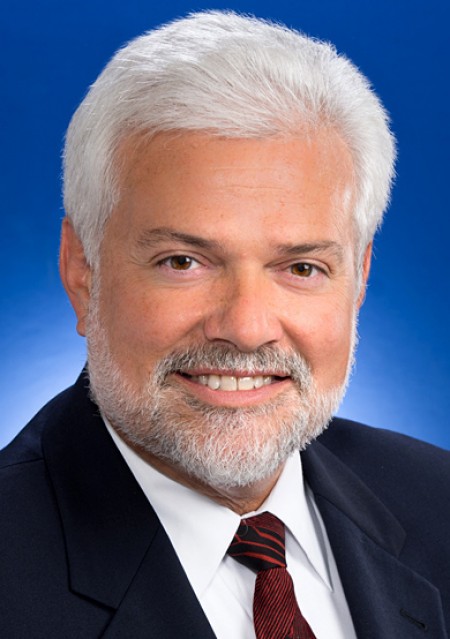 No UI professor had a more profound impact on future Eli Lilly and Co. COO Andrew Dahlem than Val Beasley.

“Some professors enter students into well-defined programs and give them the opportunity to build empirically on existing knowledge," says Dahlem (Ph.D. '89, toxicology/drug metabolism). "Dr. Val R. Beasley in the College of Veterinary Medicine threw us into the deep end of the pool from Day 1 and challenged us to find our way out.

“It was an incredibly difficult way to learn research science but it is precisely what was expected in industry when I graduated.

“One favorite memory: Val took a Chevy Suburban full of students to a scientific congress in Copper Mountain, Colorado. During a break in the congress, we had the opportunity to visit nearby Breckenridge but we were overly optimistic about how much sightseeing we could do before returning.

“We found a road on the map labeled Mosquito Pass, which promised a shortcut back to the conference center. Val seized the opportunity to get back quickly and we set out on what later turned out to be a jeep trail in the Suburban. After hours of terrifying driving on a dirt road with sheer dropoffs, no guardrails and no space to turn around, we emerged safely into a meadow.

"We thought we were out of danger until we cut the two rear tires on a metal drainage pipe. Two flat tires, one spare. A two-mile hike to a gas station and a tow truck later, we were on our way.

“Val’s comment later was ‘It was a piece of cake. Just like I-70 with a couple of rocks.’