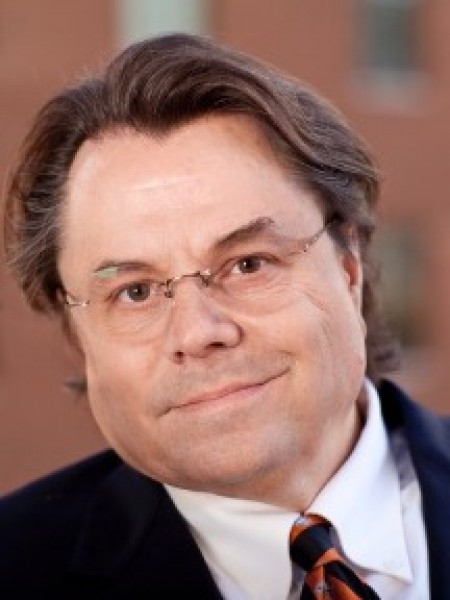 “I don’t drink so I have no stories about going crazy at Mabel’s or penny beer nights or going for drunk food at Garcia’s, but at the end of my first year, I bumped into a woman four years younger than me at The Daily Illini, Margery Kaye, on a day when we had both been given an ultimatum from the student editors,” as Ian Punnett (BA ’88, English literature, rhetoric) remembers all too well.

“In my case, I was told that I had to make a choice between working for the DI or working at the radio station because ‘in the real world, nobody is allowed to work in both print and broadcasting.’ Since I was an older student on the pay-as-you-go plan, I already knew this to be ridiculous, outmoded thinking, but they were resolute.

“It was hard to give up being the Campus Scout columnist, but WLRW was paying me what I needed to survive, so I resigned as requested.

“Margery Kaye and I had been flirty — but appropriate — in the newsroom so we had already shared some laughs together. I used to see her make out with her frat boyfriend all the time on random street corners and in school hallways and that had become a running joke for us.

“On this particular day, she had similarly resigned from the DI after having been told she had to make a choice between being the Urbana City Council beat reporter covering garbage pick-up or attending the 1984 Democratic National Convention in San Francisco, to which she had been elected as an alternate. It was not a hard decision.

“Although neither of us had any regrets about leaving the DI, we decided to keep the conversation going and drown our sorrows with a ‘brownie under’ at Coslow’s. While the ice cream melted all over that gooey, hot brownie, we were seeing the beauty of our combination as well. It’s fair to say that it was over that ‘under’ that we started to fall in love.

“It would take Margery a few more months to break up with her boyfriend and call me to ask me out, but after that, things moved pretty fast. We decided on the names of our children on our first proper date and I proposed three weeks later as we drove out to Bob’s Steak and Stuff on Skyline Drive. We married within the year.

“Thirty-five years later, we both prospered in our multifaceted careers. We raised two successful young men who love their mother, while Margery thrived in local television — Harpo Studios in Chicago, where she produced special projects for Oprah, and then CNN in Atlanta, as a show booker.

“Since then, we co-hosted a popular Minneapolis-St. Paul morning radio show for a decade, she launched a successful national podcast, and she is currently the main show producer at the PBS affiliate in Phoenix.

"So, every aspect of the fullness of my happy life can be traced back to the opportunities of the University of Illinois and the cities of Champaign-Urbana with Coslow’s, almost literally, at the heart.”

These days, Punnett is as busy as ever, both working in media and teaching it at the college level.

“Not much has changed since I lived near Champaign’s West Side Park for two pivotal years in the ’80s while I worked on my undergrad as a junior transfer student,” he says. “My life then revolved around my jobs at The Daily Illini; WLRW; WICD-TV, where commercial voiceovers paid $15 a read; and at the U of I, where I studied writing.

“Today, I am published regularly in academic journals and as the author of books for Random House, Routledge, and Rowman & Littlefield; host a national radio show several times a month; work on a team that makes HD-TV projects; and teach media writing at Kansas State University.

“As such, U of I gave me the latitude to create the blueprint for my multi-platform career and life, for which I am very grateful.”