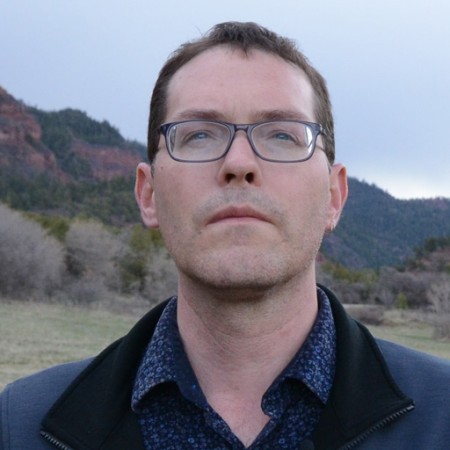 David Kopacz graduated in 1989 with a bachelor’s degree in psychology and, unofficially, a minor in religion classes taught by Peter Gregory.

As impactful professors go, Gregory is a no-doubt-about-it No. 1 for the Seattle-based VA psychiatrist and University of Washington assistant professor.

“The first class I took from him was Zen,” Kopacz says. “As a freshman, I thought it was amazing that I could come to the university and study something for credit which I was also able to apply in my own life.

“Not only was the material fascinating, but Professor Gregory was a fabulous story-teller who made the material come alive in his lectures.

“My sophomore year, I took another class he taught — East Asian Religions. There I read the ‘Tao Te Ching, The Analects of Confucius,’ and my favorite, the Burton Watson translation of ‘The Basic Writings of Chuang Tzu.’

“I have carried Chuang Tzu with me on many camping trips, travels, and free and easy wanderings throughout my life. This class also opened me up to the American Transcendentalists as Professor Gregory spoke of some of the similarities with the Taoist philosophers in the fundamental goodness of nature and human nature and the hazards of being overly civilized.

“My junior year, I took the Introduction to World Religions class, which Professor Gregory coordinated. This further opened my world to many different religious traditions and this has given me a structure for my spiritual development throughout my life.

“One of the books we read for the class was ‘Black Elk Speaks,’ by John G. Niehardt. I read this book several times, even making a pilgrimage to Black Elk Peak — then Harney Peak — in South Dakota, later in my life. I remember we also read the ‘Bhagavad Gitatranslated,’ by Juan Mascaró.

“As I was also interested in anthropology and was majoring in psychology, I was trying to understand what made life meaningful for human beings and how they described the sacred. I had a strong pull to working with Native American/American Indian cultures. By that time, I knew I was going to apply to medical school and likely be a psychiatrist and I thought that I would join the Indian Health Service to be of service and to learn about indigenous ways of healing.

“This did not come to pass, as I got caught up in life. However, it did seem to set a template for later events that I will describe shortly.

“My senior year, a friend of mine, Glenn Girlando, arranged an independent study class with Professor Gregory on Carl Jung. There were three of us in the psychology department who wanted to study Jung and the only person Glenn could find who could teach Jung turned out to be Professor Gregory. He had worked in a Jungian research lab earlier in his life.

“This turned out to be very formative to me. Jung has been one of my intellectual and spiritual teachers throughout my life. I have been reading Jung, off and on, since I was about 17 and his theories have been practically useful in my life. Jung’s work was not just on treating mental illness, but on how to create mental health.

"His focus on lifelong personal and spiritual development, and his concept of individuation, provided a conceptual framework that I have found inspirational and practical.

“The independent study class also gave us more personal time with Professor Gregory. I even remember discussing with him some doubts I was having about my career choice of whether I should go into medicine or philosophy/religious studies.

“After college, I went up to University of Illinois Chicago for four years of medical school, then four more years for psychiatric residency. I was still thinking about the Indian Health Service, but my wife, Mary Pat Traxler — whom I met at UIUC; we both lived in Allen Hall — accepted an internship in Omaha, Nebraska and we moved out there. I worked for the VA and University of Nebraska.

“After two years, we returned back to Champaign-Urbana. I worked for Christie Clinic for three years. When I left that job, I had a two year non-compete clause so I could not work within 30 miles of Christie Clinic. We did not want to move, so I commuted down to Paris and Mattoon, working in rural community mental health.

“After my two years were up and I could return to work in Champaign, I started a holistic psychiatry private practice on University Avenue near West Side Park. We were very settled and happy there and I lived near my college friends, Rick Valentin and Rose Marshack, and we even got the band back together, so to speak, when Rick, Mike Barry and Doug McCarver and I did a few shows with our band Vibraking.

“Eventually, though, as happens sometimes in Champaign-Urbana, people come and go, and many of our friends moved away. We were very comfortable living there, but I still felt the urge to live in another culture and Mary Pat and I moved to Auckland, New Zealand for three years and I worked as a psychiatrist with the district health board there. When we returned back to the USA, we moved to Seattle, where we have been living for the past six years. I started working again for the VA and have an assistant professor position at University of Washington.

“I published my first book in 2014 — ‘Re-humanizing Medicine: A Holistic Framework for Transforming Your Self, Your Practice, and the Culture of Medicine.’ I have been working on the implementation of Whole Health at the VA with the national VA Office of Patient Centered Care & Cultural Transformation.

"One interesting thing happened in the Pacific Northwest, and it is the reason that I am telling so much of the story of my life after having left Champaign-Urbana.

“Through a series of events, starting with picking up a book at Powell’s Books in Portland, Oregon, I came to meet Joseph Rael (Beautiful Painted Arrow). Joseph grew up on the Southern Ute reservation as well as at Picuris Pueblo in the Southwest. He is the author of a number of books on Native American/American Indian healing and he has become a mentor to me, bringing things full circle from reading ‘Black Elk Speaks’ in Professor Gregory’s class when I was at the university.

“Joseph and I have published one book together called ‘Walking the Medicine Wheel: Healing Trauma & PTSD’ and we are nearing publication on our second book, ‘Becoming Medicine: Pathways of Initiation into a Living Spirituality.’

“The influence of the University of Illinois Urbana-Champaign and Professor Peter Gregory has continued throughout my life and seems to culminate in this idea of a living spirituality — the study of a practical application of finding the sacred meaning in life as a form of lifelong work.”