The late Warren Wessels was all that — and then some — to 2021 ACES Award of Merit recipient Janet Hoffman Mathis (BS ’89, agricultural industries/economics).

(That’s the two of them together in the photo. “As you can see,” Mathis says, “he was always one for imparting words of wisdom, even when someone was trying to take his photo” at graduation).

“Dean Wessels influenced thousands of students, especially from the 1980s – through the early 2000s. His easy-going demeanor, open door policy and true interest in the students he ran across made each and every one of us feel important, empowered and heard.

“I was one of the fortunate ones that got to interact with him almost daily in 104 Mumford Hall as a student worker. He and the other assistant and associate deans of the time – men like Chuck Olson and Bill George – set the tone for the college and the family-like atmosphere that existed there.

“I have three stories about Dean Wessels that stick out in my mind. One as a student to be. One while I was enrolled. And, one as an alumni.

“As a soon-to-be high school senior, my application for the prestigious Jonathan Baldwin Turner Scholarship garnered me an interview with the selection committee. Needless to say, the butterflies in my stomach were probably as big as bats as my mom and I arrived at the appointed time and place.

"Soon after we sat down in the waiting room, a tall man with engaging blue eyes came over to us, saying to me ‘You must be a Hoffman from Fairbury.’ He proceeded to have a conversation with me that calmed my nerves and ultimately led to me receiving the scholarship which made my UIUC degree affordable. Neither my mom nor I had ever seen this man before, but we later learned Dean Wessels had grown up in my hometown and had seen the familial resemblance between me and my dad and his brothers, one of which Warren had taught as a high school ag student.

“Upon acceptance at UIUC, I enrolled in the agricultural industries curriculum, a program that no longer exists but in which we were co-enrolled in the colleges of agriculture and business. As a sophomore, I told Dean Wessels that I wanted to switch my major to agricultural communications. He patiently listened to my rationale and then firmly told me he was going to decline my request.

“He followed up the denial with the commitment that he would sign off on any communications coursework I wanted to take, making it a qualified elective towards my degree. He felt I could handle the business curriculum and that it would provide me a better foundation for my career.

“Boy, was he right. I have worked in communications, but I also have worked in public policy and economic development. The lessons learned in economics, entrepreneurship and accounting have proven to be invaluable.

“After graduation from UIUC, especially during the first five to 10 years, I would frequently stop by Mumford Hall while on campus and would usually see Dean Wessels. He was always thrilled to take time to speak to an alum and was proud to learn what was going on in our lives.

“On this occasion, I had recently started working for Mike Lawrence, Governor Jim Edgar’s press secretary. Edgar had become governor just months before, and, unbeknownst to be, I was embarking on a relationship that continues to this day with both men.

“Learning about my new job, Dean Wessels, in his normal fashion, leaned back in his chair, smiling. Almost as if he could see the future, he encouraged me to start keeping a journal about the places I went and people I met. This is one time I wish I would have adhered to his advice. I didn’t keep that journal but if I had it would be filled with stories of politicians and corporation presidents and great floods and internationally-renowned racehorses.

“Warren Wessels died a couple of years ago. I went to his visitation. The room was filled with his family, former co-workers, friends and students he had influenced over the years.

“His former assistant, Carol Johnson, became the informal greeter to all who entered the room. His children and grandchildren were regaled with stories about their dad and grandad. It was a room full of joy. It was a room filled with love. It was a room befitting this man and his legacy." 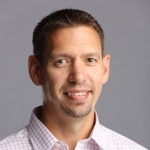 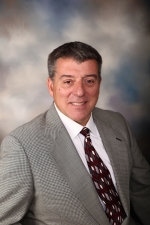 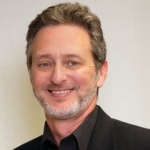