In 1954, a 19-year-old kid who'd go on officiate six Ohio State-Michigan games and four Super Bowls found his career calling here. It was the fall of Jerry Markbreit's junior year, and he was running low on dough.

"I wasn't really interested in officiating as much as I was in making money — back then, tuition cost 60 bucks a semester — and my friend told me it'd be easy money. So I went to Huff and told the gentleman at the desk I'd like to try my hand at intramural officiating. He asked: 'Have you ever officiated?' I said no but I'd played a lot of football.

"He wrote a few things down, threw me a rule book, a whistle and a flag and said: 'You have a game at 3 o'clock.' I ended up doing three games a day three times a week for three bucks a game. I was in clover."

"I'm going to be 82 and I've never gotten to tell this story," Markbreit says. "I've worked in the NFL now for 41 years after 11 in the Big Ten, and I owe it all to the intramural officiating program at the U of I." 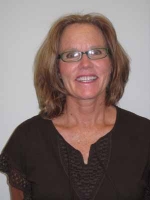