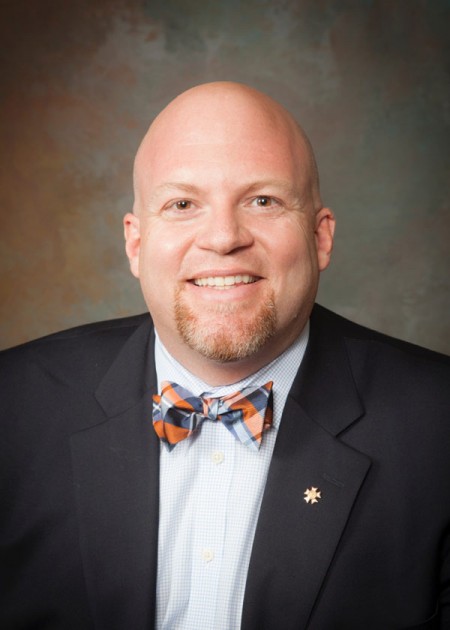 "It has been a recurring location for major milestones at a university that prepared me for learning and labor," says the Class of '94 journalism grad, now the chief of staff for U.S. Rep. Cheri Bustos (D), the first woman to be elected to Congress from Illinois' 17th District.

Foellinger is where Pyatt "nervously suffered through freshman orientation, worried that a kid from southern Illinois wouldn’t be able to keep up with kids from wealthy Chicago suburbs."

Foellinger is where Pyatt "filled out my first blue book final exam, grateful for a B."

Foellinger is where Pyatt "got the chills performing with the Marching Illini on my first Quad Day, blasting 'Illinois Loyalty' on its steps for new students with Lincoln Hall and the Illini Union as our backdrop."

Foellinger is where Pyat's fraternity, Sigma Tau Gamma, "annually competed on its stage, performing musical skits for our mothers in the Atius-Sachem Mom’s Day Sing."

Foellinger is where Pyatt's college "held its graduation, sending us off into the world, and where my mom received her alumni achievement award just a few years ago, reminding me that a building that once struck fear in a small-town kid now seemed quaint in mid-life."

“I still feel a sense of pride when I walk by it on a crisp autumn night, its copper dome rimmed with lights that pop against the dark prairie sky, knowing some lecture or performance unfolds inside, shaping the lives of 'thy happy children of the future.'" 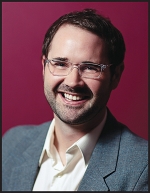