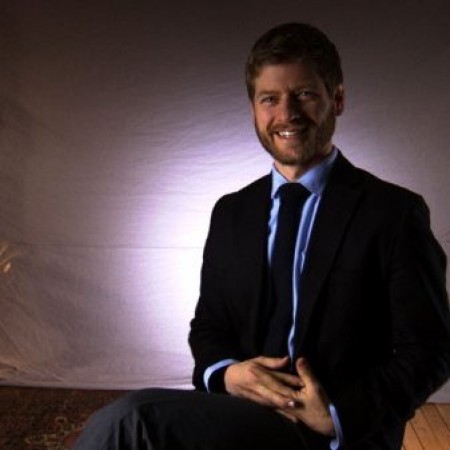 His training for a future career as registrar of the famed Smithsonian National Museum of American History had Joshua Gorman (BA ’99) working in primitive conditions at Lincoln Hall’s old World Heritage Museum.

“It was a great time,” he says of his time on Collections Manager Christa Deacy-Quinn’s crew of students, who were tasked with “discovering old collections in the deepest, darkest corners of that old building, cleaning them up, documenting them and packing and shipping them off to the new Spurlock Museum on South Gregory.

“We had our run of dimly lit galleries and storerooms stocked with all manner of treasures from around the world and across time. In one of my first jobs, I was with a small team in the basement — covered from head to toe in safety gear to protect us from the old insecticides — disassembling century-old exhibit cases filled with taxidermied animal specimens from the western U.S. and east Africa.

“It was one of those miserably hot September days and there wasn’t a window in the space when the power went out. We couldn’t see a thing — just sat there in the dark, trying not to let our imaginations get the best of us as we sat among these old, terrible beasts from around the world.

“Another time, I was spending the afternoon wrapping in foam and packing a never-ending stack of leather folios. I got on with the drudgery of it, but after a while wondered just what I was working on. So, I opened up this funny blue folio I had in front of me, only to find I was holding the Nobel Prize awarded to John Bardeen for his work with Cooper and Schrieffer theorizing the mechanisms for superconductivity.

“I’d had the great pleasure of studying under Bardeen scholar Lillian Hoddeson in the history department and now I was holding the man’s second Nobel Prize. Right then, I knew this was the job for me.

“The new Spurlock Museum is a nice place, with those same great collections and even better stories being told. But the World Heritage Museum in the attic of Lincoln Hall was a wondrous place where each day offered a new discovery in the long, low hallways and dimly lit galleries where you could explore and find objects just for yourself.”