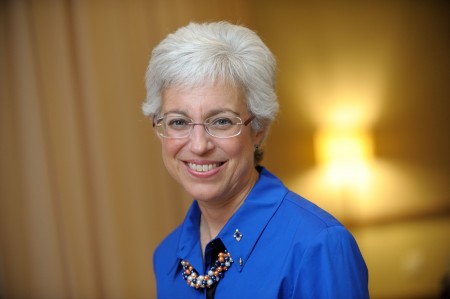 Pioneering researcher, biochemist | 34-plus years at Abbott Laboratories | Class of 1979

Her first brush with the namesake of the Carl R. Woese Institute for Genomic Biology came during the 1977-78 school year, when Deborah Paul was pursuing her master’s in biology.

“I went to my first class, a graduate seminar class. In walked this gentleman with a windbreaker and tennis shoes on, who proceeded to sit down and put his feet up on the table, then told us what we were in for,” Paul recalls.

“The gentleman was Dr. Carl Woese and the class proved to be fascinating. Never before — or after — have I met such an original thinker.

“He had us read one of his papers on a different mechanism that he had proposed for protein synthesis, when I thought that was a settled area of work. The importance of this, and what it taught me especially, was that it is OK to go against conventional wisdom.

“The ability to obtain such an excellent education at UIUC is one I will be forever grateful for.”

Now living in Gurnee, Paul spent 34-plus years at Abbott, starting her career as a biochemist and ending it as director of business development and licensing for Abbott Molecular.

In between, the 2016 recipient of the LAS Dean’s Quadrangle Award did the kind of groundbreaking work that made Woese proud.

While studying HIV and Hepatitis B, C and E, Paul was credited with the pioneering research that led to the identification of HIV antigen in the serum of infected patients.

She continued her work in fighting HIV as part of a collaboration between Abbott’s diagnostics and pharmaceuticals divisions, aiding in the discovery of the company’s protease inhibitor antiviral treatments for HIV.