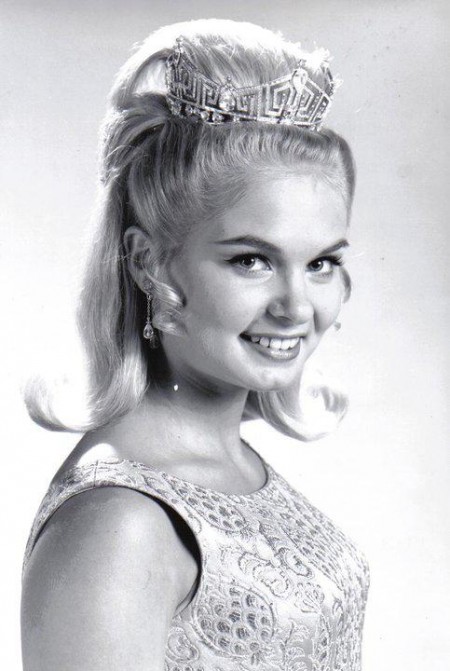 Judi (Ford) Nash arrived at the UI in September 1969, fresh off being crowned Miss America and still taking malaria pills after starring on a USO Tour in Vietnam a month earlier.

Those were “scary” days, between the strictly enforced curfews (“Wherever you were at 9 p.m. on that night was where you had to stay until 6 a.m.”) and the throngs that regularly marched down Green Street.

“My then-boyfriend was a manager of Bailey and Himes Sporting Goods, near Fourth and Green,” she says. “Even though it was after hours and the store was closed, we were there with some other friends to try to protect the store.”

Thankfully, the rest of her time on campus was less dramatic.

“My first address in Champaign was Illini Tower on Chalmers Street, and it was a new experience for me — a co-ed dorm,” recalls the grand marshal of the 2013 homecoming parade. “Men and women were on different floors, but we shared elevators. That seems quite tame today, but at the time, it was rather progressive.

“I then moved to the Delta Gamma House at 1207 West Nevada in Urbana. It was a block from Freer Gym — I was a physical education major — and adjacent to the Quad and library. Many of the girls slept in the ‘cold air dorm,’ which consisted of bunk beds in a room at the end of the hall, where the windows were open pretty much year-round. It was very cold most of the time, especially all winter, but we had a beautiful house with a magnificent spiral stairwell and a great sun deck.

“My last address was an apartment complex on Bradley Avenue, across from the Kraft plant in northwest Champaign. My then-husband and I had an apartment in the front of the complex, overlooking the pool. I remember the green shag carpet that required a rake more than a vacuum."