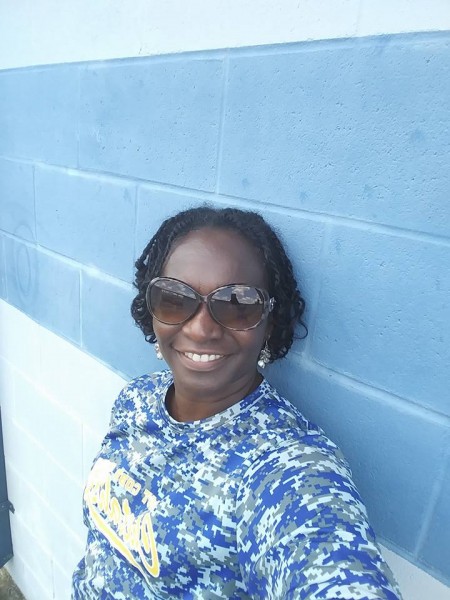 Three decades ago, Letecia Beverly became the first in her family to earn a diploma from the UI.

Something tells ius she won't be the last.

Here's the story of one of Illini track and field's living legends, an 11-time Big Ten champion who's now coaching the aptly-named East Cobb Cheetahs, a club team in Georgia.

“As a senior, the 1989 Indoor Big Ten Championships were at The Armory. Running track indoors is always tough — the curves are tighter, the straightaways are shorter and quite frankly, you feel confined.

“However, in 1989, I was feeling like a champion. Everything was going my way. I was a senior, I was in best shape ever, and my then-boyfriend, Rod Tolbert, was cheering me on.

“As an indoor Big Ten champion, I added 20 points for my team, by not only winning the long jump, but breaking the indoor record as well. I had no clue where I was in the pentathlon and my coach, Gary Winckler, didn’t tell me.

"He had a secret. He thought to himself that I could win the pentathlon, but I was fearful. I never ran the 800 meters because I was a short sprinter. I asked him how I should run that race and his response was: ‘Compete.’

“Well, because I hate to lose and he knew that, I did just that, and 2:13 later, finishing third in the race, I won the competition. How exciting because three of the five events I had never done before my senior year at Illinois.

“So, needless to say, the Armory, where I won many competitions, had been good to me.

“In January 2017, I brought my track club to the Armory for an indoor meet. That was the first time I’d been back since I graduated. The campus has changed so much, and the Armory looks wonderful. I even took a few laps on a track that was new to me.

"My 13-year-old daughter, Allyria McBride, was fourth in the 400 meters and eighth in the 200. So, it looks like I will be at my alma mater yearly.”