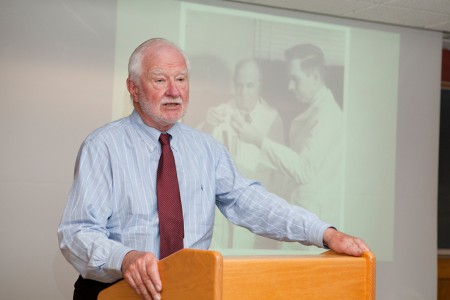 No, Malden Nesheim was not around when the UI celebrated its 50th birthday.

It only feels that way sometimes for Cornell's nutrition professor emeritus, a member of the UI Class of '53.

“It seems like 100 years since I was a freshman at the U of I in 1949," Nesheim says. "I arrived early that fall before classes started to start my job.

"I shared a room in a private house on Fourth Street with a high school friend from Rochelle. I had a job washing dishes for my meals at a fraternity house my freshman year, which I kept until halfway through my sophomore year.

"The  dishwashing crew  enjoyed each other's company and I remember our motto. We used such hot water for washing that we said 'they may not be clean but they are sterile.'

"There were four students in the rooming house I lived in. Three loved to play bridge so I had to learn quickly to become the fourth. I spent long hours in my freshman year with intense bridge games, a useful alternative to studying.

"When I went home on an occasional weekend to Rochelle, I would hitch-hike — a mode of travel that was appropriate and considered safe for college students in those days.

"I haven’t been back on campus for many years. I am sure I would not know my way around Champaign or the campus anymore.” 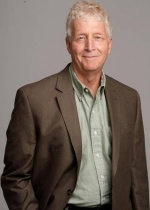 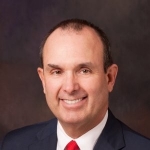