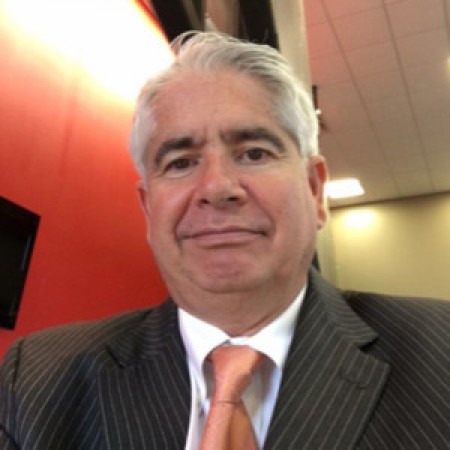 He was born in Brazil, studied in Rio de Janeiro and now resides in Albuquerque, N.M.

But to Raul Gouvea, there’s no place like Champaign-Urbana, where he earned a pair of postgrad economics degrees in the '80s before taking a teaching job at the University of New Mexico.

“It was hard to leave my first American home,” says Gouvea, whose list of favorite Illini people and places during his six-year stay is a lengthy one.

1. Werner Baer. “Professor Werner recruited me to come to UIUC in 1981. Professor Werner became a very good friend, my Ph.D. thesis advisor and my professional guru. I would not be where I am at today without Werner’s help and coaching. I miss him a lot. He had a transformational role in my life.

“I met Werner in Brazil, during the summer of 1981. I was living at Ipanema Beach at the time.

"In 1982, I landed in Urbana-Champaign. Luckily, I arrived during the hot and humid summer. The winters were not as easy, as you can imagine. It was the first time I saw snow in my life, experienced frozen sidewalks and spent weeks without a sunny day.

“The boy from Ipanema Beach faced some hard times adapting to his new home. However, I was able to make a number of friends in the Brazilian community and outside of it. It helped me to adapt a little faster.

“Funny story: Werner was quite rigid with his students. I remember Werner walking into Bevier Hall and a number of his students would hide away from him.

“He used to call me at 6 a.m. on Sundays and say:  ‘I just read your last chapter, please come by the office in 15 minutes.’ My girlfriend at the time was not very appreciative of those early Sunday calls.”

“(Fred) Gottheil was also a great professor, kept us all engaged and he later became a member of my thesis committee. Fond memories of his lectures.

"Professor Arun Elhance also became a great friend. He was a professor in the geography department."

3. The international vibe. “One of the great experiences I had at UIUC was the opportunity to meet students from different countries and cultures. In Brazil, I was not as exposed as I was at UIUC. Made me understand better the meaning of living in a ‘global village.’

“I was elected the International Student Association president for the econ department. It was a lot of fun to interact with our international students.”

4. Favorite hangouts. “I used to spend my days at the Commerce Library, sometimes until midnight. From there, one of my preferred hangouts was Treno’s. I loved to have a cold beer and listen to the blues and jazz. My apartment was two blocks away, very convenient after a few beers.

“I remember the fabulous New York cheesecake at the Krannert Center, beers and nachos at Coslow’s and Garcia’s pizzas.”

5. Culture shocks. “Initially, adapting to dinners at 5 p.m. was hard. In Brazil, our dinners don’t start until 8:30 to 10. You can imagine my surprise when I learned that the dining room at the dorm closed at 6:30.

“My English skills were not as good as they should have been, either. It took me nine months to start understanding ‘M*A*S*H’ jokes.

“I had my first cup of coffee in Champaign. Never cared much for coffee when I was living in Brazil. Go figure.”