Like, leaving the investment banking world to launch his own sports and entertainment firm in 1985.

And negotiating the NBA contract that made John “Hot Rod” Williams the highest-paid player in the history of team sports.

And, of course, being a college freshman, walking around campus on a glorious late-summer day, when the wind blew a certain direction and ... pee-yew.

“Having never really been on a farm before college, the heat of August and September — combined with the smell of the South Farms and trying to sleep in a non-air conditioned room with that heat and smell — was something I will never forget," says the Chicago-based sports agent, a member of the UI's Class of '82.

"My favorite memories are going to Frat Park on a hot day to play pick up basketball and certainly entire Saturdays at IMPE in the winter, but I still have nightmares about long nights into early mornings at Comm West cramming for stats and accounting finals." 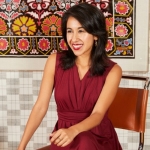