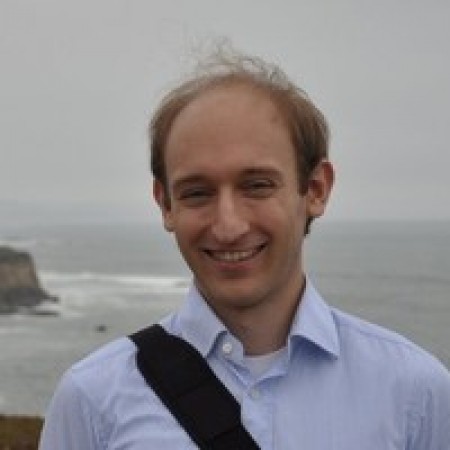 “I met Jean He, my now wife, on her first day of class in Michael Shapiro’s wonderful Adaptations of Shakespeare class. Of course, she dropped the class the next day,” says Chicago stealth AI company founder Michael Munie, from the Class of 2004.

“I didn’t see her again until we randomly met on the Quad the next semester by Altgeld Hall, and I convinced her to take Professor Kimiko Gunji’s Rigidity and Flexibility in Japanese Arts and Culture class.

“For the final tea ceremony in that class, I invited Christiane Martens, who had taught me how to make public art the year before. That summer, we both traveled to Japan for Kimiko Gunji’s study abroad program offered though the CHP. Jean and I continued our relationship taking Aurora Villacorta’s dance classes at the McKinley Foundation.

“As a fitting wrapper for our trip to Japan, I can’t forget the late David G. Goodman’s class — Japan at War and Peace — for how it exposed me to the many sides of Japan’s, and our own, history.

“I also can’t forget Sariel Har-Peled’s speech on his first day of CS 373 — ‘Last year CS 373 was a disaster: both for me and also for all of the students.’

“And then in my last year at Illinois, my horizons diverged to both language and logic. In language, my journey in Chinese started with Wang Lao Shi and in Japanese with Kumai Sensei. In the logical realm, I worked with Bruce Reznick in Mathematics and Steven LaValle in Computer Science.

“After leaving Illinois, I lived in California for 10 years, France for three, and yet, here I am, back living in Illinois again.

"All I have to say is: Absence makes the heart grow fonder."