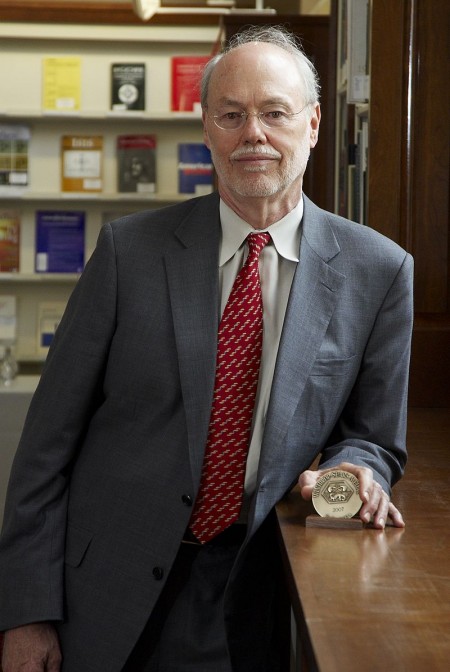 This was no way for a future Nobel Prize winner to live.

“I was married by the time I entered graduate school at the University of Illinois and money was limited,” says Phillip Sharp, who received a Ph.D. in chemistry in 1969 — nearly a quarter-century before sharing the 1993 Nobel Prize in medicine and physiology for the discovery of split genes.

“We bought a 42-foot mobile home and moved it to a park just north of Champaign-Urbana. The rent was $50 a month and when we left after three-and-a-half years, I sold the trailer for the same price that I paid originally.

“I was in Champaign-Urbana from 1966 to 1969. These were tumultuous times. One weekend, a group raided a store for guns and we went to sleep to the sound of nearby gunfire. No one we knew was hurt but we did not sleep well.”