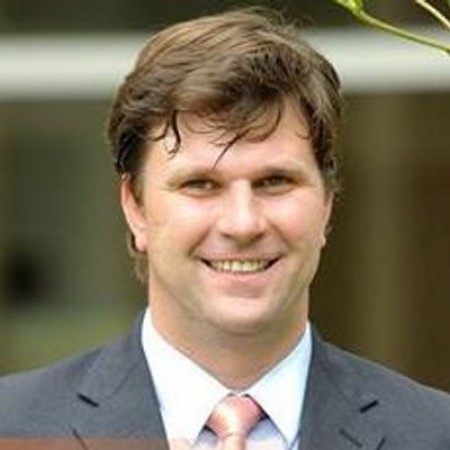 Like his father, and his father’s father before him, Mark Lockwood carried on the family tradition of earning a diploma from the UI — in his case, an MBA from the Gies College of Business.

“After I earned my graduate degree at Gies (in 2007), I went back and was an administrator in the MBA program, as the director of recruiting and admissions,” Lockwood says from Arizona, where he’s now a senior director at ADP.

“In that role, I would often walk the Quad with recruits, talking of the opportunity that the great University had afforded my family for three generations and nearly a century.

“I’d always finish at the undergraduate library, and point to the sunken building and tell the recruit what I always thought of when I saw it — something my father had told me:

“On one side of this sunken building is one of the largest libraries in the world, and what was long held as the largest of any public university. On the other, the Morrow Plots, one of the oldest research fields in the country.

“In the middle, a library that is underground. My father told me that they built the library underground so that the shadows wouldn’t impact the Morrow Plots.

“This is the heart of this great institution: massive amounts of knowledge, an incredible dedication to research, and the engineering skill to creatively expand both without destroying either.