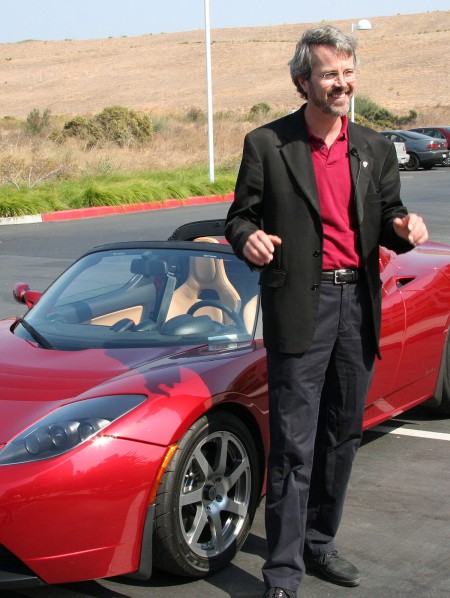 Martin Eberhard's most vivid memory of his days on campus is a somber one.

The future Tesla CEO and co-founder still remembers the  silence that fell over the packed Quad the morning of Dec. 9, 1980, as word spread that John Lennon had been shot and killed the night before in New York.

"It seemed like everyone on the Quad heard about it at the same time," says Eberhard, who in 2015 was inducted into the Grainger College of Engineering Hall of Fame and now serves as chief strategy officer at SF Motors, Inc. "The Quad was full of people as usual, but it was eerily quiet. Or maybe it just seemed that way to me.

"This happened as we were getting used to the idea that we had just elected a third-rate actor to be our president. Strange how these things come around again."