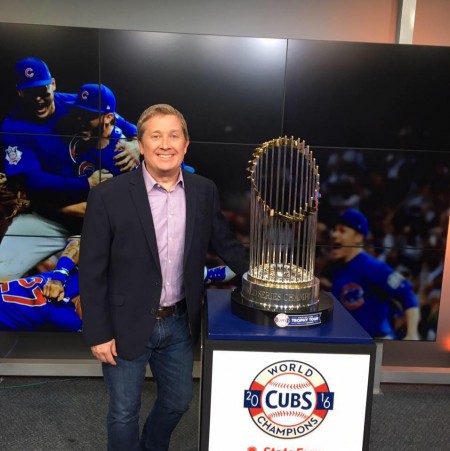 Once upon a time, Illini basketball and football were both Top 25 regulars. Michael Claffey swears it.

"I remember walking to Memorial Stadium passing several parties along the way. It was such an open, friendly community.

"At halftime, we would all walk to Willy’s Illini Inn and drink a beer and listen to an amazing jukebox. It was such a great little bar near my fraternity, Fiji, and we spent a lot of time there."

Other favorite spots of the AMC Networks vice president's:

— Murphy’s: "Everybody I knew worked there. It was known as a rugby bar, but soon became the place of choice when you were over 21. Fantastic food and amazing Guinness followed by epic dart games. I also met a lot really great locals who also frequented the place, especially Cleve."

— Nature's Table: "It was a vegan restaurant on the other side of campus in Urbana. Whenever I would go to a play or bartend for an alumni event, I would wind up at Nature's Table. I met a lot really interesting people in that restaurant."

— Running: "The campus was huge. I loved running around the area, especially past the stadium out to South Farms. I was from the north suburbs of Chicago and I was not used to seeing much farmland, especially cows with portholes in their sides."

— Studying: "I remember studying in empty classrooms. We would explore different buildings every week.  Even though the library was huge, it still would fill up quickly. I felt like I was in every building on the Quad."

— Mabel's: "I saw so many great shows at Mabel’s. I loved that place. I can’t remember any other bar that had live music."